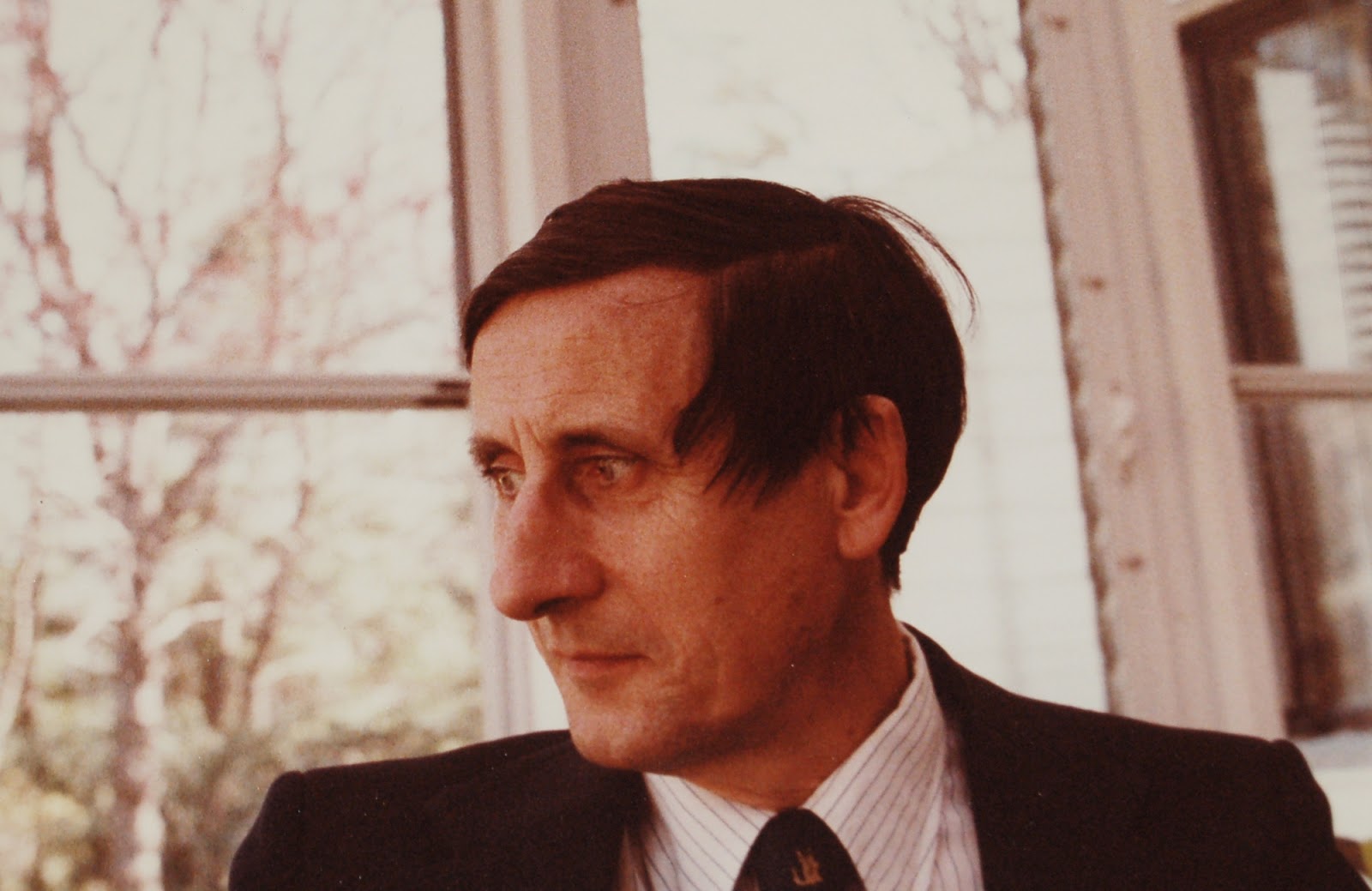 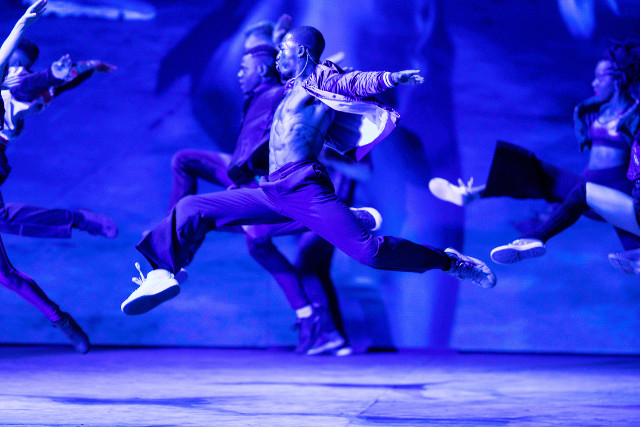 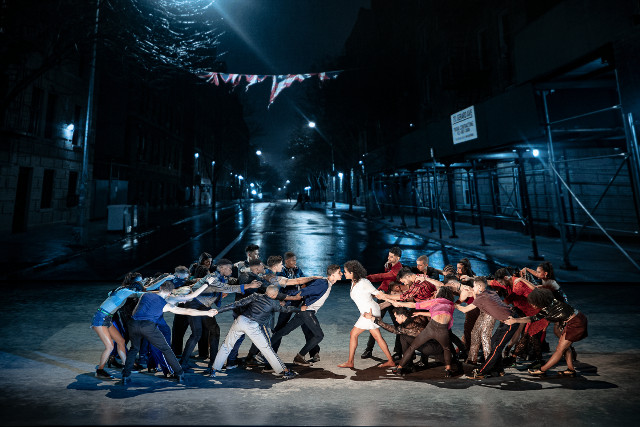 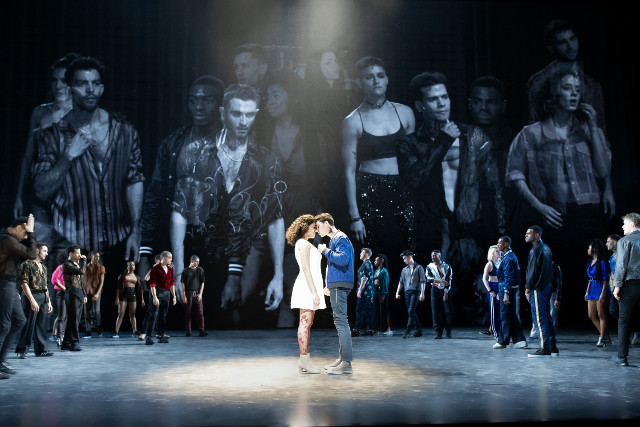 "UniFrance has suspended international travel for Rendez-Vous with French Cinema festival guests due to health concerns related to COVID-19 (Coronavirus). The festival’s screenings will continue as planned, but unfortunately, most in-person appearances will be canceled."

The 2020 Opening Night selection is the New York premiere of The Truth, the first-ever French-language film from Japanese auteur Hirokazu Kore-eda. Featuring screen legends Catherine Deneuve and Juliette Binoche as a strained mother-daughter duo, The Truth is a dynamic family drama co-starring Ethan Hawke. Binoche and Hawke will appear in person at the festival for opening night, and for a special conversation about their collaboration with Kore-eda.
Highlights of the 22-film lineup include a number of prizewinning titles and festival hits, including


For the first time ever, the festival is introducing an Audience Award, sponsored by Air France, allowing moviegoers the chance to give a prize to their favorite film.
Associate Director of Programming Florence Almozini said "This year's edition of Rendez-Vous brings a global perspective to French cinema, with the first French-language film from Japanese master Hirokazu Kore-eda alongside films that explore the traumas of Algerian Civil War, cultural differences and integrations in French suburbia, or environmentalism all the way to the Arctic Circle.
"Rendez-Vous showcases the strength of French cinema today and tomorrow, with exciting new work from returning filmmakers like Pascal Bonitzer, Rebecca Zlotowski, Quentin Dupieux, and Christophe Honoré; remarkable debut films from Stéphane Batut, Sarah Suco, Mounia Meddour, and Maïmouna Doucouré; and stunning performances from some of France's greatest actresses, including Juliette Binoche, Catherine Deneuve, Chiara Mastroianni, and Eva Green."
This year’s lineup also features a number of new works from returning Rendez-Vous filmmakers, including

SPECIAL EVENTS
The Truth with Juliette Binoche and Ethan HawkeOver the past thirty years, Juliette Binoche and Ethan Hawke have been icons of French and American film acting, respectively. They have collaborated for the first time on The Truth, Hirokazu Kore-eda’s follow-up to his Palme d’Or-winning Shoplifters, and the Opening Night selection of this year’s Rendez-Vous with French Cinema. In this intimate, in-depth conversation between professional peers, Binoche and Hawke will discuss the experience of working with Kore-eda on his first French-language film, and the process of probing the dynamics of married life and intergenerational family drama in the context of hyperconnected 21st-century life.
Thursday, March 5, 5:00pm
Exploring Space on FilmAt a moment when we are increasingly looking to the stars for a vision of a future and a path forward, filmmakers around the world have responded by transposing timeless themes of love, loss, family ties, and spiritual transcendence from the earth to the realm of outer space. The result has been a rich bounty of films contemplating what might become of humanity once we leave our planet behind. In this talk, Alice Winocour, director of the astronaut drama Proxima, will explore the variety of approaches that artists have taken to crafting such stories, and how those perspectives differ across countries, genres, genders, and production contexts.
Saturday, March 7, 5:00pm
Serge Toubiana on Helen ScottCelebrated author Serge Toubiana, president of Unifrance and former director of the Cinematheque française, will discuss the life and work of Helen Scott, subject of his latest book, L'amie américaine. A legendary figure for film buffs on both sides of the Atlantic, Helen Scott is perhaps best known for her passionate work and friendship with François Truffaut, but she led a fascinating and mysterious life all her own. A book signing with Toubiana will follow the talk. Presented in collaboration with Albertine Books.
Sunday, March 8, 3:00pm
From Book to FilmCinema and literature are deeply interconnected art forms that keep inspiring each other. What are the challenges and implications of adapting a book to the screen, and how does literature nurture cinema? How do films allow creators and audiences not only to revisit but also reimagine familiar narratives? What are the concrete steps one must take to adapt a book? And how can the power of literature and words influence screenwriting and filmmaking? A selection of French and American filmmakers and writers will join to discuss these topics. Presented in partnership with French in Motion and IFP.
Monday, March 9, 5:00pm

The FCC
If you ever receive a scam call, write down the number and file a complaint with the FCC’s Consumer Help Center: https://consumercomplaints.fcc.gov #FCCtips #ProtectingConsumers


WORLD
Adam Schiff
On Holocaust Remembrance Day, we remember the six million Jews and other victims of Nazism. We honor their memories by speaking out against anti-Semitism, injustice, and hatred in all forms. Never Again.

Tensions are increasing in the Middle East and around the world, following an Iranian attack on the US Embassy in Iraq, and a US drone strike on an important Iranian General.

Be good to us! Please!

We wish everyone on Earth
A Great New Year!