Jay Leno's final Tonight show was a warm tribute to his staff, his fans, & his silliness (ie JayWalking), and a warm handoff to Conan, his successor.

It will be interesting to see if he can re-invent primetime, or if he is just taking his aging audience and putting them to bed 90 minutes earlier.

I wish him well in his new show. It would be great if it is a groundbreaking invention (re-invention?) of the the prime time, topical, comedy/variety hour.

ONE NIGHT ONLY!
The Director's Cut of

Woodstock
This Wednesday, June 3 at 7pm at the Film Society Of Lincoln Center.

Help celebrate the 40th Anniversary of one of rock's most famous events!

Also for Woodstock Fans: Woodstock: 3 Days of Peace and Music -- the four-hour director's cut of the 1970 Oscar®-winning documentary -- will be released June 9 in a spectacular new Blu-ray and DVD Ultimate Collector's Edition (UCE) from Warner Home Video with three extra hours of bonus features, including two hours of unseen performances.


I've heard that May 25 will be Geek Pride Day. The Science Channel and other tech spots will be celebrating. According to Wikipedia the date was chosen to honor "the premiere of the first Star Wars movie in 1977."

However, there's no reason a Geek must worship "Star Wars". (Nor does a Geek -- or Nerd -- need to be socially inept or inexperienced.) A compulsive attention to any particular artifact of techy entertainment is not required.

The best of Geek is just respect for technology and a passion for knowledge.


OMG! Kim Bauer is again being threatened with kidnapping & murder. The poor girl... the poor actress... she deserves a better plotline.

I always liked
Elisha Cuthbert but I got bored with her repetitive, unimaginative plotlines in the first seasons of 24.

I was happy when they brought her back this season. I thought she'd be involved in some interesting, new, different, original save-my-daddy plots. Instead we're back to Season One.

Her father is saving the whole world; perhaps Jack can rescue her with a better plotline. GET ME RE-WRITE!!!


Jack doesn't torture anyone, anymore. He just looks at them and growls, and they remember how he tortured other people in other seasons.


I know "wierd" is backward. So was the result on Celebrity Apprentice.

It's hard to believe that Trump would "hire" someone who lied to him to his face in the Boardroom, and who disgraced the show using insults such as ... No, I can't bring myself to repeat them ... But they exceeded the standards that caused other personalities to lose their jobs on radio and TV, and would have resulted in legal problems in any real business.

There were many hints throughout the show that Trump was favoring Joan Rivers. And reality show producer Burnett described Rivers as reality TV gold, suggesting that (are you shocked?) ratings may have played a role in her success.

We saw on TV -- they showed us on TV -- that Joan lied to Trump to his face when she screamed in the Boardroom at Annie for Annie's perfectly accurate description of how her set decorator quit because of a problem the company had with Joan.

It demeans Trump to show him picking someone who has lied to him to his face.

The despicable (and demonstrably false, by the way) insults Joan screamed at Annie and others should not be condoned.

It demeans Trump to show him picking someone who would say such things about someone else on TV (or not on TV, for that matter).

Allowing Rivers to do those things -- the lies, the insults, the tantrums, the rudeness -- and rewarding her to boot, demeans us, demeans TV and demeans responsible business.

Annie Duke on the other hand, in what was shown on TV, was very impressive -- honest and aggressive about the important things: raising money for charity and treating people well.

I am surprised (shocked?) how many people bought Joan's descriptions of Annie as "trash" and Brande as "dumb" just because Joan kept repeating that lie so often. There was no evidence of that at all that I saw on the show. It seemed like self-righteous, false, hypocritical hyperbole to me. In this case it apparently was also self-serving, but it should never have been allowed to stand. Joan should have been fired early on. She should have not been let back on when she quit.

I found Annie much the better person, and Brande smart, shrewd and nice. I was very disappointed in Joan.

I'm not so sure about the final challenge results, either. From what I saw, Joan won only the branding challenge. Annie's party and celebrity presence seemed far more distinguished and elegant than Joan's party and celebrity factor. Joan's party, while more crowded, seemed much more tacky and celebrity light. And her celebrity impersonators seem to me to subtract from, not add to the celebrity quotient. In short, given Annie's uncontested advantage in charity presentation, and roughly 3-fold advantage in fund raising, I'd give her a four to one win on the last task.

By the way, Who judged the parties? On what basis? It seemed, already last week when the criteria for judging the final challenge were announced, that they were intended (Trump almost said so himself) to prevent Annie from winning easily, since everyone believed she'd be able to raise more money.

In every measure, other than "losing" 3 of the five categories on the final task, Annie was much more successful, during the entire run of the show, than Joan or anyone else. If the show is about philanthropy and raising money for charity, or completing tasks, or performing successfully with honor, Annie won hands down.

We should certainly not celebrate the power of insult -- Joan's strength. And the fact that she is energetic at 75 is irrelevant.

All in all, I rate Annie Duke the far nobler, better person and better contestant.

And, by the way -- on another topic altogether -- what an insult not to name the person they showed giving Joan that huge contribution.

I think the show was a disgrace.

It's a welcome newcomer, since there are not a lot of very good restaurants in Bergen County. Nisi seems to be one of the best.

The fish entrees were excellent -- delicious in fact. The restaurant specializes in fish, with a large iced display of fresh fish from which you can choose your own dinner.

The spanakopita was very good: The phyllo dough was crisp; the spinach filling was tasty, though the center was not quite as hot as I'd have liked. It was just slightly more than moderately warm, but I'll accept that that was the intended effect. The bread, was excellent. So was the ouzo.

The baklava, strangely, was made of almonds, not walnuts, but was good, and another dessert was also enjoyable. The Greek coffee was better than in most restaurants.

(Some take-out items from the restaurant, on another occasion, were also very good.)

The staff is friendly. The service is neither fast nor slow, with items cooked to order.

The room is attractive, with a major redesign from previous restaurants at the same address. A glassed in wine cellar and waterfall are eye catching. The color scheme is restful.

The walls are hard and the room open and spacious, so it could get a bit noisy if too many patrons have too much good ouzo.

There is also an inviting bar room; and the restaurant has a private party room.

There is valet parking, and street parking is usually available also.

With one shared (fairly large) appetizer, sparkling water, ouzo, two entrees, a dessert, tea and Greek coffee, everything was enjoyable, and the meal plus tip and tax came to about $55 per person. The same meal in Manhattan with the same fine quality, would be at least half again as much.

It was a very nice meal. 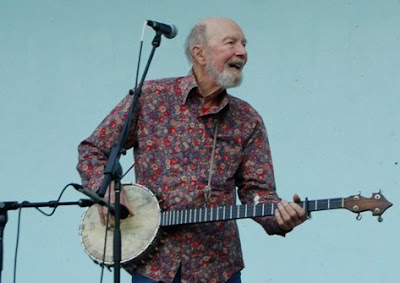 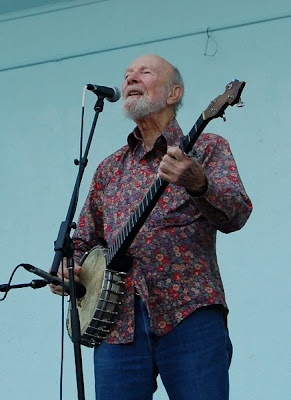 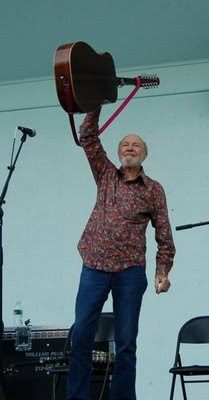