The FIRST TIME FEST (FTF) (STARTS THURSDAY APRIL 3!) is a very special festival devoted to first time filmmakers.  It consists of a COMPETITION, in which the grand prize for the winning first time filmmaker is that the film receives distribution; a series of FIRST EXPOSURE screenings, at which distinguished filmmakers present and discuss their first films; and other special events.  Last year's FIRST TIME FEST (the first!) was very successful (see below for some stories about the first FTF in QPORIT).

This year's festival (THE SECOND FIRST TIME FEST) promises to be very exciting, with appearances by JULIE TAYMOR, TOM MCCARTHY, and LAKE BELL (among others) and a very promising looking lineup of films in competition.

I'm particularly interested in a film of Strindberg's MISS JULIE, to compare it with the coming version of MISS JULIE currently being shot by Liv Ullmann, starring Jessica Chastain. And I'm very interested in seeing FALL TO RISE, directed by Jayce Bartok, who wrote the brilliant script for THE CAKE EATERS, directed by Mary Stuart Masterson, (and starring Kristen Stewart).

Here's some more information about the FIRST TIME FEST - 2014

Tony Award-winning and Academy Award-nominated director Julie Taymor will be the FIRST TIME FEST’S 2014 John Huston Award For Achievement In Cinema recipient, announced FTF Co-Founders Johanna Bennett and Mandy Ward.  Ms. Taymor will also be represented in the Fest’s ‘First Exposure’ Retrospective Program where she will attend to present and discuss with the audience her first feature film, Titus. 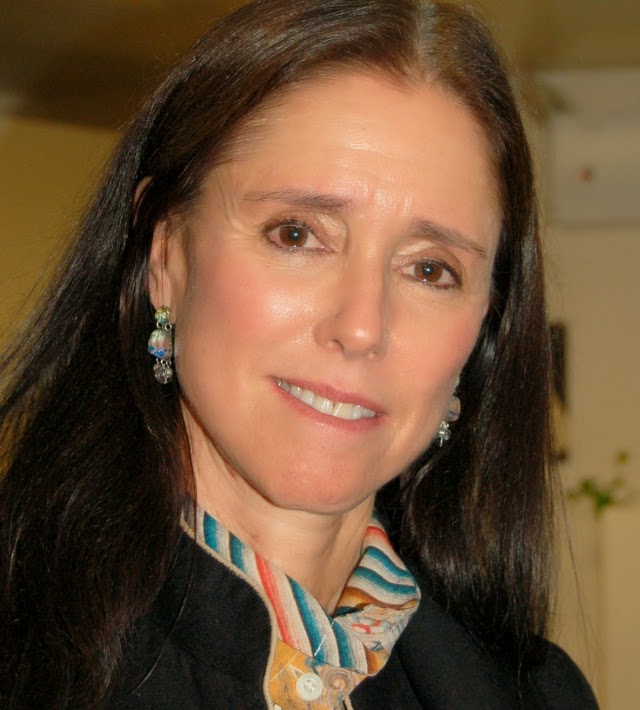 Presented to an individual who has made a significant contribution to the art of cinema, and whose presence in our community has offered leadership and inspiration to other cinema artists, the John Huston Award for Outstanding Achievement in Cinema is named in honor of one of America's greatest filmmakers.

Julie Taymor is one of the most adventurous directors working today, known for her visionary work on stage and screen. She is a recipient of the MacArthur “Genius” Fellowship and won two Tony Awards – including Best Director – for The Lion King, which is the highest grossing Broadway show of all time. Her most recent stage triumph was the production of A Midsummer Night’s Dream at the Theater for a New Audience.  Taymor is also an accomplished director of opera, with productions including an astounding realization of Stravinsky’s Oedipus Rex (broadcast on PBS) in Matsumoto, Japan; The Magic Flute for the Metropolitan Opera and The Flying Dutchman and Elliot Goldenthal’s Grendel for the LA Opera.  Taymor made an astonishing debut as a film director with her adaptation of Shakespeare’s Titus (screening on Friday at FTF), starring Anthony Hopkins and Jessica Lange, and has directed three other films: Frida – the story of Mexican artists Frida Kahlo and Diego Rivera, starring Salma Hayek and Alfred Molina (which earned six Oscar nominations and won two); Across the Universe, a phantasmagorical musical featuring the music of the Beatles that was a Golden Globe nominee for Best Picture; and The Tempest – her second reinvention of Shakespeare – starring Helen Mirren as Prospera. With her boundless imagination and originality, she is the ideal recipient of our John Huston Award for Outstanding Achievement in Cinema.

Johanna Bennett and Mandy Ward also are pleased to announce two additional participants in the Fest’s ‘First Exposure’ Retrospective Program Presenting Debut Films By Now Prominent Directors.  Tom McCarthy will be attending FTF with his first film, The Station Agent (also expected to attend are some of his great cast including Michele Williams, Peter Dinklage, Patricia Clarkson, and Bobby Cannavale); and Lake Bell will be on hand to discuss with the audience her first directorial effort In A World (she starred as well and won the Waldo Salt Screenwriting Award at Sundance for her script).

FIRST TIME FEST is a unique film festival celebrating first-time feature filmmakers. Aimed at discovering and providing exposure for the next generation of great filmmakers from around the world, FTF is a five-day event with a competition section showcasing new and exciting debut films, and a series of screenings and discussions with now-prominent filmmakers presenting their first films and then mentoring the first-timers.

The Second Time Around for FIRST TIME FEST is set for April 3 – 7, 2014, and it will be based at NeueHouse (110 East 25th St.).  NeueHouse will be the location for panels, workshops, selected film presentations, parties and the filmmaker lounge.   Most screenings, including all the competition films, will take place at the AMC Loews Village 7 (11th St. & Third Ave.)


FTF will present ten Competition Films, which will be judged by a panel of industry luminaries and the FTF audience. All of the films in competition at FTF are the very first feature of the writer, director, producer, editor, cinematographer or composer of each film.  All competition screenings will be followed by “Hot-Seat” discussions between the jury and filmmakers, and all audience members will vote on the films as well. Together, the jury and audience will ultimately select the Grand Prize winner, which is offered theatrical distribution and international sales representation from the renowned American film distributor, Cinema Libre Studio.  And with FTF’s new relationship with Scandinavian Locations - the consortium of Norwegian, Swedish, Finnish and Danish film commissioners - the winning filmmaker will also receive a trip to Norway and Sweden to spend a week at a writer’s cottage in Northern Sweden to work on their next project.  Scandinavian Locations will also be hosting our Filmmaker Kick-Off event on April 2 at NeueHouse.

Between films, we will be hosting an array of Industry Panels with notable producers, financiers, agents, composers, critics and other members of the entertainment industry. Panels at FTF are intimate gatherings between attendees and special guests where questions are encouraged and discussion is lively.  Among the panels are “What’s Up, Doc;” “Help Me Help You;” “Show Me the Money;” “We Need a Bigger Boat – producing Independent Cinema;” “The Critical Eye;” “From Rock to Score” presented by the Grammys; and “Sell Baby Sell.”

A special panel, Women in Entertainment and Media, sponsored by the by the Royal Bank of Canada Wealth Management Group, will include Brooke Shields, Daphne Rubin-Vega and Carol Alt.

The films in competition are:

1982 USA. Director, Tommy Oliver. Set in Philadelphia at the onset of the crack epidemic, 1982 follows a father's efforts to protect his 10-year-old daughter from her drug-addled mother, while trying to steer her towards recovery. A grant recipient from the San Francisco Film Society and winner of the US in Progress award, 1982 premiered to great acclaim at the 2013 Toronto Film Festival.

Butter on the Latch USA. Director, Josephine Decker. At a Balkan music camp, one woman's respite devolves into a thrilling, psychosexual drama as her friendship and sanity are tested to extremes. Butter on the Latch had its international premiere at the 2014 Berlin Film Festival, alongside Decker's second film, Thou Wast Mild and Lovely.

Class Enemy Slovenia. Director, Rok Bicek. A group of students rallies against their new German professor when one of their classmates commits suicide. The film premiered at the 2013 Venice Film Festival, and was Slovenia's official entry for Best Foreign Language Film at the Oscars.

Fall to Rise USA. Director, Jayce Bartok. In this multi-layered and absorbing New York drama, a famous principal dancer (Daphne Rubin-Vega) struggles to uphold her identity when a knee injury relegates her to motherhood.

Farewell, Herr Schwarz Germany, Israel. Director, Yael Reuveny. A brother and sister survive the concentration camps, but are separated in 1945. This epic documentary is a journey spanning three generations, two countries, and one fateful decision.

Getting to the Nutcracker USA. Director, Serene Meshel-Dillman. This behind-the-scenes look at The Marat Daukayev School of Ballet’s herculean efforts to stage The Nutcracker is an absorbing, intimate documentary that looks at the sacrifices and passion of its children dancers, ages three to eighteen.

Love Steaks Germany. Director, Jakob Lass. She is an alcoholic chef, he, a sensitive masseur. Together they forge an unlikely relationship in this energetic and darkly comic romance set at a sea-side resort, which won the Lions Film Award at the 2014 Rotterdam Film Festival.

Miss Julie Sweden. Director, Mikael Berg. A beautiful and bold new adaptation of Strindberg's classic battle of the sexes play set on a Midsummer’s night in a rustic mansion in 1920s Europe.

The Sleepwalker USA/Norway. Director, Mona Fastvold. A young couple's renovation plans are thwarted by the unexpected arrival of her estranged sister in this thriller starring co-screenwriter Brady Corbett, Christopher Abbott and Gitte Witt, which premiered in Competition at the 2014 Sundance Film Festival.


FTF will also be presenting, in out-of-competition Special Screenings:

See You Next Tuesday USA. Director, Drew Tobia. A pregnant and abrasive grocery store clerk draws her troubled family close as she spirals toward her due date in this moving, dark comedy that recalls the films of John Waters and Todd Solondz.

Nothing Left To Fear USA, Director, Anthony Leonard III. Producer/Composer, Slash. In this thrilling horror film, a family's journey toward a better life is interrupted by an unstable man of the cloth.

ABOUT THE FIRST TIME FEST

Johanna Bennett and Mandy Ward are the co-founders of FIRST TIME FEST.  As an accomplished philanthropist, actor, and social entrepreneur, as well as the daughter of singer Tony Bennett, Johanna Bennett has immersed herself within the entertainment and artistic community her entire life. Mandy Ward has worked in the film industry for the past decade in varied capacities, namely as a film producer of several projects. Mitch Levine, CEO of The Film Festival Group, is producing the festival. Through his company, Mitch offers consulting services and expertise to film festivals, film commissions, distribution companies and filmmakers around the world, and was formerly the CEO and Executive Director of the renowned Palm Springs International Film Festival. The Festival’s Director of Programming is David Schwartz, the Chief Curator of Museum of the Moving Image.

Among FIRST TIME FEST’s wonderful sponsors and supporters are: NeueHouse, Scandinavian Locations and the Village Voice.

To download the complete program booklet,
go to the calendar link
and scroll to the bottom of the page:

Here are some related links from QPORIT: