Closing night at the First Time Fest was a great party.

Ellen Burstyn announced the Grand Prize Winner and Martin Scorsese presented Darren Aronofsky with a special award.  Speeches were short; the hosts were interesting and to-the-point; and there was good food and potent drinks. 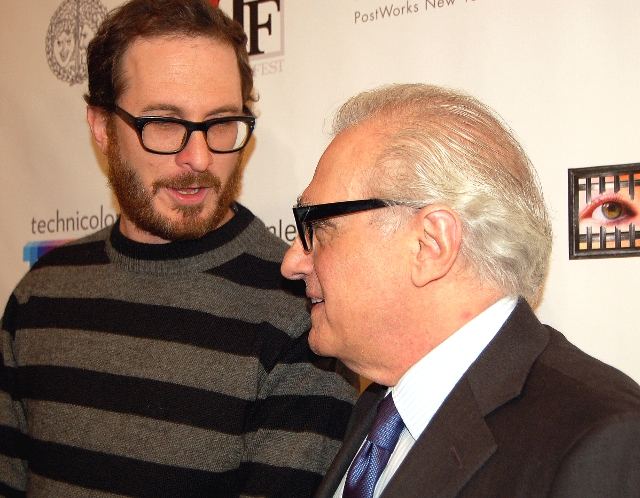 See below -- after the list of winners -- for more about the festival.


Here are the winners:

Is Proud To Announce Its Grand Prize Winner Of Theatrical Distribution
From Cinema Libre Studio Is Awarded To
SAL
Written And Directed By Diego Rougier (Chile/Argentina)
An inventive modern-day western with majestic sweep, great acting,
and a lot of surprises.

FTF Award for Outstanding Achievement in Writing
MAX WEISSBERG
(Summertime)
For a script showing clarity of vision, great storytelling talent, and sophistication, drawing inspiration from the work of Arthur Schnitzler

FTF Award for Outstanding Achievement in Acting
NEAL BLEDSOE
(Junction)
For the ferocity of the performance, and playing an unsympathetic character who becomes more and more out of control in a believable way

& ALICE DE LENCQUESAING
(Headfirst / La Tete La Premiere)
A star is born. A natural, seemingly effortless performance that makes everything she does believable FTF Award for Outstanding Achievement in Cinematography
DAVID BRAVO
(Sal)
For beautiful cinematography with rich details, surprising touches,
and a sense of humor

FTF Award for Outstanding Achievement in Editing
JONAH MARIN, JOHN YOUNG
(Zipper)
Fast-paced editing that captures, in a balanced way, a story about humanity in an age of greed. The editing works like The Zipper itself, connecting the ride with the story of Coney Island

FTF Award for Outstanding Achievement in Scoring
MARTIN BOSSA AND TOMÁS CARNELLI
(I Love You All / Los Quiero A Todos)
A score marked by its precision, use of silence, trust in the place of language,
and by its exuberance

After 4 days featuring 12 new films from around the world; 11 retrospective screenings with artists such as Sofia Coppola, Philip Seymour Hoffman, Todd Solondz and Hal Hartley; 9 Amazing panels featuring the brightest industry minds; and 8 special events including conversations with Michael Shannon and Harry Belafonte, the inaugural FIRST TIME FEST came to a close on Monday, March 4 with its Closing Night Awards Ceremony.

Hosted by OscarÒ winning actress Ellen Burstyn (who won for Martin Scorsese’s “Alice Doesn’t Live Here Anymore,” and was nominated for Darren Aronofsky’s “Requiem for a Dream”), and presented by Anthony Rapp, the Awards included the presentation of the Grand Prize: distribution from Cinema Libre Studio; as well as awards in 6 other categories - Outstanding Achievement in Directing, Writing, Acting, Cinematography, Edition, Scoring.  Master filmmaker Martin Scorsese presented the First John Huston Award for Outstanding Achievement in Cinema to Darren Aronofsky. 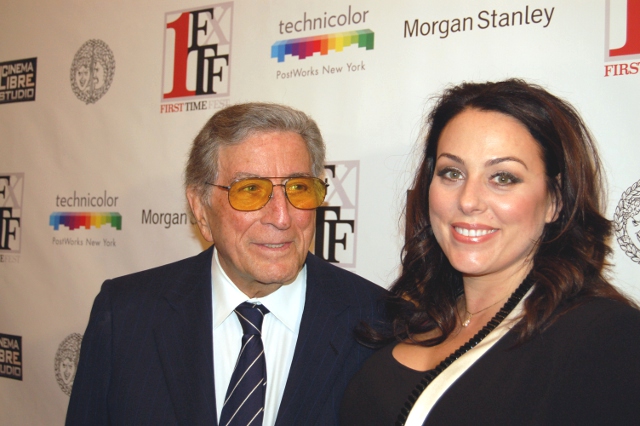 First Time Fest (FTF) – a celebration of first time filmmakers –is a new and unique film festival that took place in New York City from March 1 through 4, 2013. FTF is set to discover and present the next generation of great cinema artists. Each of First Time Fest’s twelve finalists received high-level industry mentorship and a one-year membership to The Players.  This year’s FTF industry jury included Fred Schneider, Gay Talese, Anne-Katrin Titze and Christine Vachon, together with the audience members.  The Grand Prize winner will be offered theatrical distribution for their film and full international sales representation from the renowned American film distributor, Cinema Libre Studio.

Cinema Libre Studio is a leader in distributing social-issue documentaries and features by passionate filmmakers.  Headquartered in Los Angeles, the Cinema Libre team has released over one hundred films including the Sundance Audience Award-Winning FUEL, THE END OF POVERTY?, and Oliver Stone’s SOUTH OF THE BORDER.

In addition to the Competition Films, FTF presented FIRST EXPOSURE, a series of first films from now prominent filmmakers. They included

The Festival also included a 60th Anniversary Tribute to Morris Engel’s THE LITTLE FUGITIVE and special presentations of DAYS OF GRACE (Everardo Gout), and the new documentary about The Police CAN’T STAND LOSING YOU by Andy Grieve.

First Time Fest also included a series of panels called “How They Did It,” in which a diverse group of award-winning filmmakers and industry professionals moderated filmmaking case studies and spotlighted some of the most successful and accomplished masters of the industry.  The panels were

Sponsored by Morgan Stanley the Diversity in Cinema panel included Harry Belafonte, Frida Torresblanco, Jenny Lumet, and moderator Leslie Fields-Cruz. How has the participation of women and minorities in the film industry changed over time? There has been real progress in recent years, but has it been enough, and what can we expect in the years ahead?