Jamie Foxx will be hosting Saturday Night Live (SNL) tonight, with musical guest Ne-Yo. Here's an intro to Jamie Foxx & Ne-Yo. See here -- after the show -- for a recap.

COLD OPEN -- Hilarious start, but a nightmare scenario in which Obama gives the GOP everything they want in order to spare Boehner the dissing he gets from the GOP every time he hints at a tax increase.

MONOLOG -- With a theme of "How Black Was That," the show gets off to an edgy start.

QUIZ SHOW #1 -- BITCH --  It had a good idea: questions that had no answer; but it was kind of a mean spirited sketch that misfired.


From here on things got softer, often sillier, usually funny.


MICHIGAN STATE -- An update on the SNL staple of weird, incompetent and strange TV/Cable/Public Access shows worked for once because of Jamie's energy and sense of humor (and costume).

NE-YO's first song was backed up by an energetic and entertaining dance ensemble.  The second song, later, was quiet and performed simply.

WEEKEND UPDATE -- In keeping with the spirit of the night, the jokes were funnier than usual.  MRS CLAUS had a nice sketch.  It wasn't quite a classic, but it was very good.  The chocolate DING DONG was tasty too.

QUIZ SHOW #2 -- DYLAN MCDERMOT OR DERMOT MOLRONEY -- was a hoot.

MAINE JUSTICE was kind of a loony sketch but it really worked.

SWAROVSKI CRYSTALS -- An ad for real fake diamonds made of plastic, was ridiculous and very funny, sending up those late night ads populated by ridiculously amateur spokespeople..


It seemed to be a show that relied on great concepts less, and funny sketches more than usual. Jamie Fox was a good host.

Jamie Foxx is an Oscar winning actor, for RAY, the biopic about Ray Charles. To win the 2004 Oscar he had to beat out Jamie Foxx (that is,  himself), who was also nominated as Best Actor for his role in COLLATERAL that same year.

Jamie is also a singer and musician. In addition to his work in RAY, he's a Grammy Award winner, and has #1singles and albums, including UNPREDICTABLE.

He will soon be seen as Django in DJANGO UNCHAINED.

Next Year, he'll be seen in WHITE HOUSE DOWN, as the President of the US in a Roland Emmerich film with Channing Tatum, and later on in THE AMAZING SPIDER-MAN 2.

Here is a list of his films and TV:

His music includes the albums: 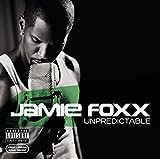 Ne-Yo is a Pop and R&B artist, singer and songwriter, a dancer and actor, with 3 Grammy Awards.

His film and TV work includes: 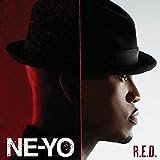 CHECK OUT SOME OTHER STORIES IN QPORIT

FSLC - AN EVENING WITH TOM CRUISE & A RETROSPECTIVE
http://qporit.blogspot.com/2012/12/fslc-evening-with-tom-cruise.