Lindsay Lohan was a terrific child actress. Not that well known, to anyone who has been living on another planet the last few years, is that she hit a speed bump turning into an adult actress.
On SNL she is making a very public LIVE comeback as a responsible performer, and she succeeded. Her monologue was a good send-up of the risks that SNL was taking. Her first big sketch role proved her still a little shaky. It was the kind of sketch that required high energy and complete mastery with a lot of words, and she kind of tentatively muddled through it, seeming to look too carefully for the cue cards. She got stronger with each sketch, though mostly in small supporting roles. It wasn't a triumph, but it was fine -- she was a good host overall.
The show itself seemed quite toned down. There were no real breakout sketches and some scenes fell flat.
It also seemed like there were an enormous number of commercials -- SNL: a 90 minute medley of commercials with an occasional sketch break.
Jack White, I think, finally demonstrated how singers need to approach the SNL music segment: An interesting sound, lots of energy, and a unique look work, lyrics do not.
Just for the memories, here are links to some Lohanalia. I think Lindsay is on her way back. She'll have to work hard, and her material needs to relate to the way she now looks. She has a special look: an angular, pretty face, a somewhat gravelly voice, some age and hardness beginning to show, but some innocence still inside trying to come out.
After the links there's a recap of the show. 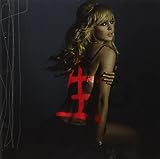 NOTE that videos may be DVD, BLU-RAY, Widescreen OR Streaming.
Be sure you select the format you want.

RECAP:
COLD OPEN: Romney is always funny, but not that funny. Almost all the jokes are "I'm rich," "I'm clueless," or "I'm stiff." The impersonations are getting stronger, but the jokes are getting older.
MONOLOGUE: Lindsay was game for jokes about her reputation and the risks of having her host.
REAL HOUSEWIVES OF DISNEY -- A nice concept and well executed. Funny.
PSYCHIC AWARDS -- Another good idea. It was very funny until a somewhat lame ending.
SCARED STRAIGHT -- This sketch did not work. The concept has been done before and in this version neither the cops nor the bad young boys nor the prison veterans had the right material. The only good joke was that Lindsay used her own name. Lindsay had a little trouble with her lines, but the sketch was DOA anyway.
WEEKEND UPDATE had some good jokes. Carville was funny. Snooki was not... except for a surprise guest (Snooki's baby(?)'s father(?) ) that was the best joke. (Spoiler alert -- The surprise guest not surprisingly is in a movie soon with SNL cast members.)
DELINQUENT TEEN GIRL GANG had one recurring joke; nothing else to recommend it.
DIGITAL SHORT -- I just didn't get it.
B108FM -- Another "bad radio show". Not very well written. But lot's of energy!
CHANTIX COMMERCIAL -- On the money: Have you ever listened to the disclaimers explain how much terrible harm a drug can do with its side effects?
HOUSE SITTER (BUTT CALLING) -- A good sketch, but I think there was a great sketch lurking in the idea.
JACK WHITE -- I liked the sound and the energy, and I didn't care about the lyrics.
RUDE BUDDHA -- Good thing it's a passive religion.
WEIRD GUY BY A FIRE -- He was no more weird than the guys that really do sit by a fire in the hi-falutin cultural shows.
*** *** ***
Check'm out...
==> 2011 SUMMARY & TOPICAL INDEX OF STORIES IN QPORIT
==> OUR 2011 ACADEMY AWARDS STORY