SPIDER-MAN: TURN OFF THE DARK... IS A THRILLING MASTERPIECE! 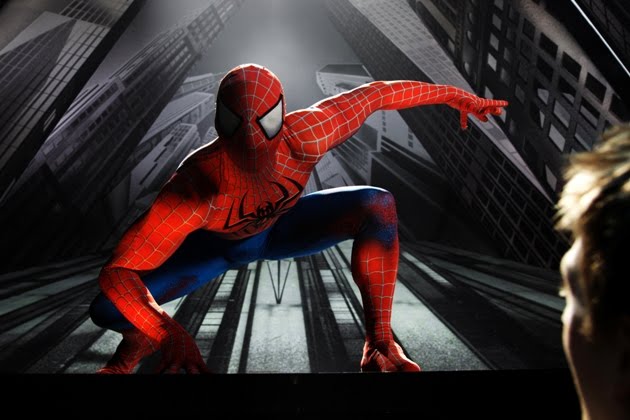 Enjoy SPIDER-MAN: TURN OFF THE DARK. It is thrilling, brilliant theater.

The entire theatrical space-- the stage from the bottom to the top & from front to back... and the space above your head up to the ceiling -- is alive with dynamic, breath-taking action.

Many shows have deployed a brilliant stage picture, but none in my memory have created such spectacular, continuously engaging, constantly morphing, monumental visual images. 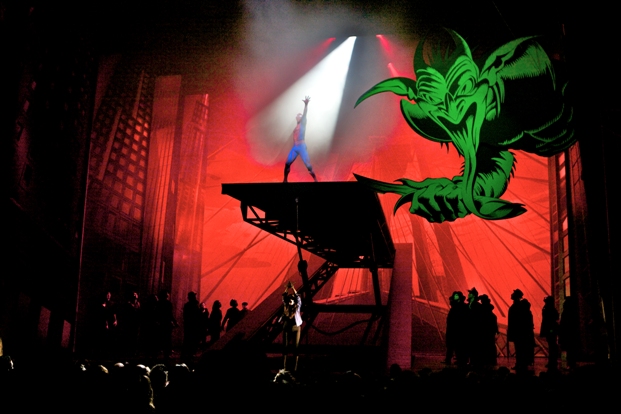 The choreography, as Spider-Man swings his way from front to back or ledge to ledge, or fights above your head, is exciting, graceful and beautiful.

The stagecraft, the mise-on-scene, is epochal, constantly amazing. And FUN!

Now, of course, the story is a comic book story. 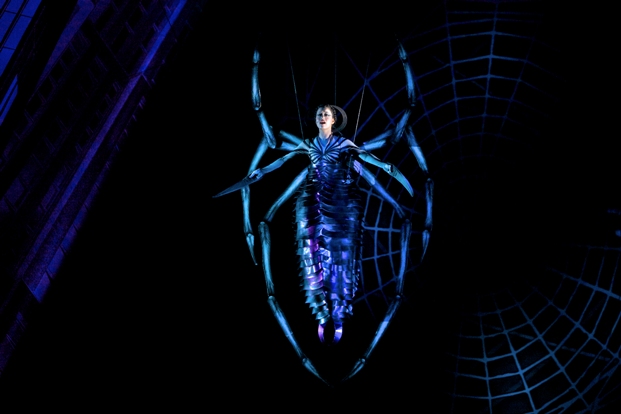 T.V. Carpio
In a scene from “SPIDER-MAN Turn Off The Dark”
© Jacob Cohl

We are not getting Shakespearean sophistication in plotting, philosophy or poetry. But this is a comic book story: a comic book story! And it tells a coherent, fundamentally interesting, nicely resolved story that integrates perfectly with the presentation. 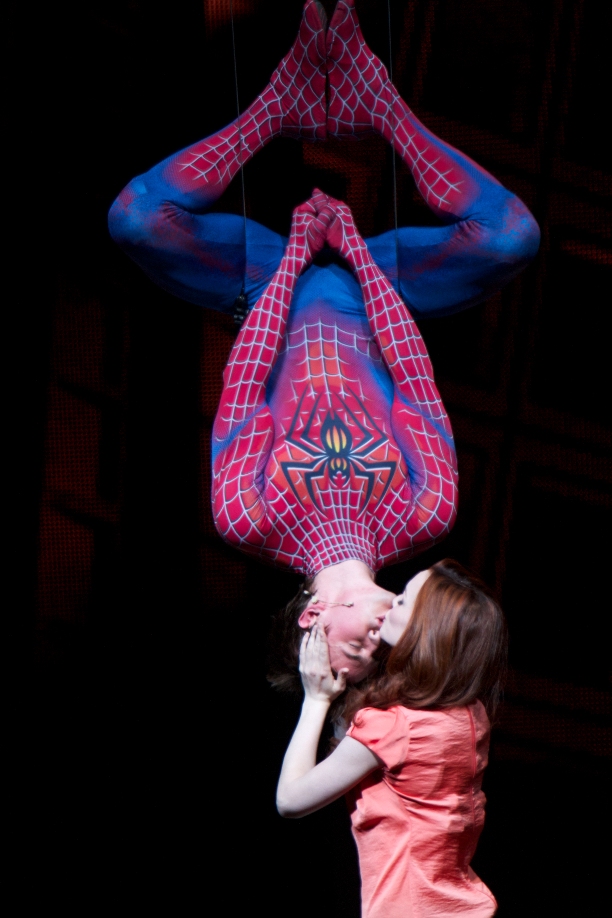 I enjoyed the music. It is different from the style of other musicals, but just as valid and enjoyable. It insinuates itself into your memory. It has rhythm, energy, melody and passion. As a singer, Reeve Carney is not Bono, but he does well, and – for that matter -- Bono is not known for swinging through the air. Reeve, whether he is acting, singing, or swinging through the air, makes the transition from high school geek, to reluctant superhero, to successful, mature lover, convincingly and with a believable payoff at the end.

Bono & The Edge with Reeve Carney
Sing RISE ABOVE from SPIDER-MAN: TURN OFF THE DARK
On the American Idol Season 10 Finale - 05/25/11

It is hard for me to understand how a theater critic can be “bored” at a show this inspired. My fourth grade teacher told us that being intelligent young students we should always be able to find something interesting in whatever is happening. A theatrical experience is not just about the words, it is the entire experience: the visual splendor, the mythic story, and the musical style. These critics need to open their ears, relax their defenses, look up and let it all in!

Too many great plays suffer from an audience with too few young people. The Foxwoods Theater – a very large and comfortable theater -- was filled, as it should be, with an audience of all ages.

You have no doubt heard a lot about the cost of the production, the indefensible accidents (hopefully never to happen again) and, as we noted, the many critics – who seem stuck in the mud with their eyes to the ground – who claim to have been “bored.”


SPIDER-MAN: TURN OFF THE DARK
is a fun-filled, almost theme-park like entertainment,
and it should be admired by all serious theater critics
and enjoyed by all ages of theater lovers from 10 to 110.
spidermanonbroadway.marvel.com