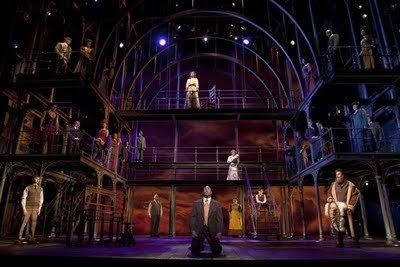 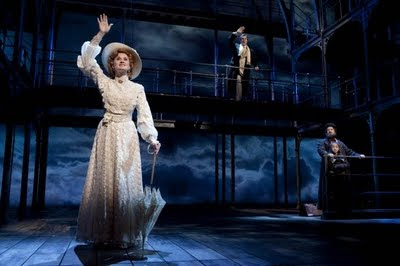 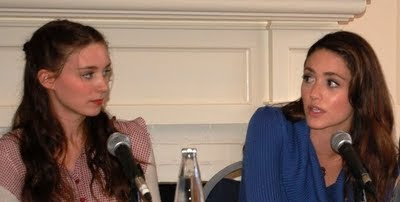 
Californication, the aptly named Showtime program (new episodes on Sundays), is more edgy, more sexy and more together this year than it has been since the first season.

Last year ("coincidently" just before the season started),
David Duchovny, who plays Hank Moody, was said to enter a program for sex addicts. This year, with true method acting zeal, he seems to be applying whatever experience he had directly to the story.

The program is funny, serious, sexy and well acted in Duchovny's inimitable style.

Inimitable (ie not imitatable) or not, there is a contest now to imitate -- or reinvent -- Duchovny's acting.

It turns out that many of Hank's best lines are actually Haiku.

(Haiku is a Japanese form of poetry... The English version is usually 3 phrases of 5 7 and 5 syllables. For a full description, see the article on Haiku in Wikipedia.)

For the Hank Haiku contest, go to the HankHaiku site, watch clips of Duchovny delivering Hank's Haiku lines, then make your own video version of the Haiku and upload it.

Your Haiku video may appear on the website, and more opportunities may follow. See the site for the rules and rewards.


Here is an announcement from The Hamptons International Film Festival (HIFF) about their screenwriters lab.

The announcement does not explain any special rules (whether you can submit more than one screenplay, for example) and it does not give a cutoff date. I guess the sooner the better.

Scripts are submitted through withoutabox.com

The Hamptons Writers' Lab is an intimate gathering that takes place each Spring in East Hampton (April 16 - 18, 2010). The Lab develops emerging screenwriting talent by pairing established writers with up-and-coming screenwriters (chosen by the Hamptons in collaboration with key industry contacts). The mentors advise in a one-on-one laboratory setting while additional daily events bring the participants together with board members, sponsors, the local artistic community, and other friends of the festival. The lab allows accepted screenwriters the chance to improve their script and meet with industry professionals to help find ways to get their scripts made.

We seek a broad selection of screenplays addressing a wide subject matter.

Additionally, in collaboration with The Alfred P. Sloan Foundation's initiative in furthering the public understanding of science, we encourage you to submit screenplays that explore science, technology, mathematics, invention, and engineering in fresh and innovative ways.

Canon seems to have arranged that certain printers, including the i560, fail after a while with an error:

The used ink tank is full.

There seem to be various complex and messy procedures on the internet (though Canon's own web site is not too helpful... I'll try e-mail support) for addressing this problem; and the cost of giving it to some service center for repair is about comparable with the cost of the printer (now about $100).

So, basically, they are saying -- or designing into the product the requirement -- that the printer should be replaced every couple of years.
Of course, when a printer fails I also lose the money for any ink cartridges I've bought in advance.

Sorry, but I won't replace it with another Canon... Ill try something else.


Here's my take on the results:

Corzine lost because even though he spent a lot of money, it was on terrible ads. Spending more than your opponent only helps if your ads are any good. His attack ads were pretty convincing -- I'm worried about Christie's ethics -- but Christie's ads were very effective: they raised doubt about Corzine's accomplishments and his future plans. The trouble with Corzine's ads was that he did not address the question of what he accomplished during his term, and what he would do for NJ in another term. (He sort of did, though with little energy, at the end, but it was too little, too late.) He was almost invisible from the news. He seemed somehow tired and ready to leave office. He didn't seem to care about what he had done and what he would do. There was no energy in his campaign.

Bloomberg's narrow win was a surprise, considering how much he spent, on really excellent ads. Voters seem to be tired of incumbents, and perhaps were offended by his run for a third term. If there is one thing term limits should do, it is to prevent an incumbent from changing the rules. (If the person in office can change the rules on running again, then there are no rules against running again; term limits that can be removed in favor of an incumbent are a joke, an insult to previous office holders, and not, obviously, term limits at all.) Bloomberg supported term limits in the past. Voters do not like hypocrisy -- in this case Bloomberg now supporting the end of term limits when it applies to him.

The victory of the Democrat in the 23rd (NY) -- the first time, by the way, a Democrat has held that seat since the 1890s! -- indicates the problems moderate Republicans have in their own party. The Conservative was able to bump the moderate off the race in the secondary. (He did not win the primary, so if he was able to bump the other candidate after the primary, we should call it a victory in the secondary.) Democrats, moderate Republicans, and others should remember that the Conservative strategy has been for many years that it is more important to strengthen the Conservative base for a future win, than to allow moderate Republicans to win an election and strengthen their base.

The old aphorisms are: All politics is local. And, "It's the economy, stupid."

Here are some newer aphorisms.