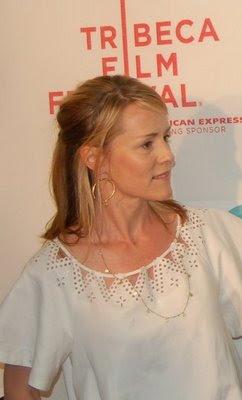 I first saw TCE at the Tribeca Film Festival (TFF) two years ago, where it was one of my favorite films. It features a great (award worthy!) performance by Kristen Stewart, who is soon to be one of our most important actresses. Kristen is beautiful, young, interesting to watch, extremely talented (with a wide range of roles), and almost ubiquitous (the mega-hit Twilight, the comedy What Just Happened, the action film Jumper, plus Panic Room, In The Wild, and five films in the works!).

Also notable about The Cake Eaters is -- well, it's a cliche, but even cliches can be true -- that the location is "almost a character." Shot in upstate New York, the physical environment has a reality that contributes to the mood and the substance of the film, in much the same way that environment was so important in Altman's films.

On a personal note, I interviewed Mary Stuart's father, actor/director Peter Masterson, many years ago, and he was very smart, and the nicest person; I saw Mary Stuart first, long ago, on location on her first film, when she was eight or nine; and I saw her, more recently, bouncing down the Red Carpet at The Tribeca Film Festival, and later I had the opportunity to speak with her on the phone and post about the film, before TCE opened at the Stony Brook Festival last year. She is charming, vivacious and friendly.

The Cake Eaters has a strong pedigree as an award winner at many film festivals (including Best Feature at Stony Brook), and is a very special film to see.

As an extra bonus, Mary Stuart will be on hand for a Q & A after the screenings in New York: