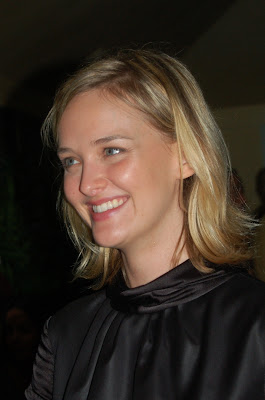 Jess Weixler, from Teeth, a Rising Star at HIFF
Teeth is a comic, horror, feminist-ish indy film, with many quirky, gritty, tweaks to entertain.

The less you know about the premise of the film, the better it is to watch, so I'm not going to say very much about the plot.

I should note one weak point, though; I had to get past this to enjoy the film. After a first scene in which the main character ("Dawn") is played as a child by a child actor, there is a scene where Dawn is a young high school student affirming chastity in public lectures. This scene is played by the star, the actress Jess Weixler, who is simply too mature, too beautiful, and too sexy to be believable as a chaste young high schooler. This scene, like the first, should have been played by an actress of the proper age. Then the rest of the movie could fly easily. 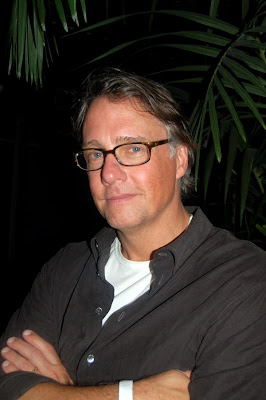 But that said, this film was shown at the Hampton's International Film Festival (HIFF), where Jess was honored as a Rising Star, and at The Sundance Film Festival, where Jess won the Special Jury Prize, "For a juicy and jaw-dropping performance," and the film and it's director, Mitchell Lichtenstein (the son, by the way, of Roy Lichtenstein) were nominated for the Grand Jury Prize.

Jess really is a rising star. I had a chance to talk with her a few times at HIFF. She's quite charming and down to earth, a Juilliard graduate with more films scheduled to come out this year. and I'm looking forward to following her career.

The film is interesting, off-beat, entertaining and has its electric moments!