Control of MAGIC LEAP, the company founded by Rony Abovitz and once-upon-a- time funded by $$Billion of dollars from Google, has now been taken over by Saudi interests, who participated in another $Billion-or-so investment round in the last two years -- according to reporting by The Telegraph, posted on MSN.

Meta is currently the leading vendor of the headsets used for Virtual Reality, and is pouring tens of $Billions of dollars a year into research and technology for both Virtual Reality and Mixed Reality.  Microsoft was the first to market a Mixed Reality Headset, but the technology was primitive, and both sales and applications were limited. Magic Leap, hoping to develop new technology to greatly improve Mixed Reality then joined the competition, but never quite made much of a dent in either the technology or the sales of devices. And Apple has spent several years and many hires (according to "rumors") trying to enter the Mixed Reality industry with a new suite of products, which are "rumored" to be released this year (or delayed, according to "other rumors").

Virtual Reality is the presentation of a completely computer generated world to users, through a headset and other sensory devices (such as haptic -- sense of touch -- feedback and 3D sound).

Mixed Reality (sometimes branded as Augmented Reality) is the presentation of computer generated content overlaid on the real world. Google Glass was an early, very unsuccessful and poorly received, version of Augmented Reality. 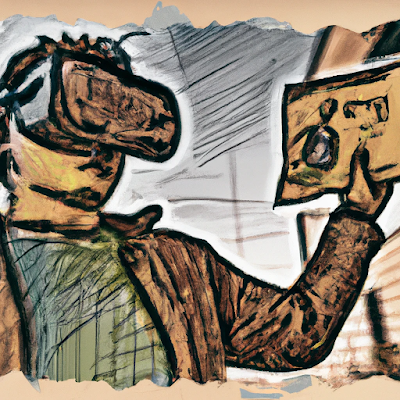 It is widely (but not universally) believed among both the creators of technology and the commentators, that Mixed Reality can be used for more commercial applications than Virtual Reality, and in the long run will be a $$$Trillion dollar industry.  It is unclear how long the "long run" will be, but estimates run from 5 to 10 years more before there is substantial adoption.

Epic games has agreed to pay a $275 million dollar penalty fine, and refund customers $245 million dollars, for deliberately violating child privacy laws by, for example, setting voice chat to default to ON, exposing children to harassment; and by "dark patterns" of user interfaces, which are deceptive buttons that seem to have one function, but actually ("secretly") invoke credit card charges.

The FTC news announcement is here:

The Jan 6 Committee of the House of Representatives has held (what is expected, but not guaranteed to be) its final hearing.

It has sent a Criminal Referral to the Department of Justice for crimes it believes were committed by the former president, DJT, and others.

I hope that in the Final Report the Committee will

1 - Clearly explain how it was possible, despite early warnings and then obvious threats, and then actual attacks, for law enforcement and security to fail to provide adequate protection to the Capitol for so long.

2 - Clearly provide (even including a live event) a compelling picture of legislation and other measures need to prevent any such events as Jan 6, or any of the other schemes, or any of the lies, related to overthrowing the democratic transfer of power and the rule of law, from ever happening, or even ever getting any traction at all.