We are such stuff as dreams are made on, and our little life is rounded with a sleep.
(Prospero, The Tempest, Act 4, Scene 1)
Sonnet 65...

The World Health Organization (WHO) declared COVID-19  a global pandemic.

An excerpt from the Address:

The basis of our political systems is the right of the people to make and to alter their constitutions of government. But the Constitution which at any time exists, till changed by an explicit and authentic act of the whole people, is sacredly obligatory upon all. The very idea of the power and the right of the people to establish government presupposes the duty of every individual to obey the established government.

All obstructions to the execution of the laws, all combinations and associations, under whatever plausible character, with the real design to direct, control, counteract, or awe the regular deliberation and action of the constituted authorities, are destructive of this fundamental principle, and of fatal tendency. They serve to organize faction, to give it an artificial and extraordinary force; to put, in the place of the delegated will of the nation the will of a party, often a small but artful and enterprising minority of the community; and, according to the alternate triumphs of different parties, to make the public administration the mirror of the ill-concerted and incongruous projects of faction, rather than the organ of consistent and wholesome plans digested by common counsels and modified by mutual interests.

However combinations or associations of the above description may now and then answer popular ends, they are likely, in the course of time and things, to become potent engines, by which cunning, ambitious, and unprincipled men will be enabled to subvert the power of the people and to usurp for themselves the reins of government, destroying afterwards the very engines which have lifted them to unjust dominion.

2021-02-13 (SAT FEB 13, 2021)
US - NEWS AND OPINION
TRUMP
For "unity" to be possible, non-extremist Republicans need to be convinced en-masse that the election was fair: the count is accurate, and that Trump knowingly lied (or is dangerously delusional).
Pelosi has called for study and hearings; Cruz called for a study of the election; McConnell called for a criminal investigation. There should be hearings, criminal investigations when needed, and a study of the election, and of all the major issues facing the country, looking squarely both at what needs to be done in the future and what Trump did during these last years. There should be a new look at the Mueller Investigation and what Mueller could not do because of restraints on his investigation.
***

2021-02-12 (FRI FEB 12, 2021)
US - EDITORIAL
COUNSEL FOR TRUMP
In my opinion that is like arguing that Marc Antony's appearance before the crowd in Shakespeare's Julius Caesar was in support of Brutus and the assassins.
Antony did say, Brutus is an honourable man.  He did say, Brutus said 'Caesar was ambitious.'
He did say, I rather choose
To wrong the dead, to wrong myself and you,Than I will wrong such honourable men.
He did say, Let but the commons hear this testament--Which, pardon me, I do not mean to read--
...
I must not read it;It is not meet you know how Caesar loved you.You are not wood, you are not stones, but men;And, being men, bearing the will of Caesar,It will inflame you, it will make you mad:
So, "clearly," Antony is trying to calm the mob: not reading the will which would inflame them; praising the assassins as honourable men. So he is not inciting the mob, he is on the side of calm deliberation of the acts of honourable men.
Here's the whole text -
A section of Shakespeare's Julius Caesar: Act III Scene II
ANTONY

Friends, Romans, countrymen, lend me your ears;
I come to bury Caesar, not to praise him.
The evil that men do lives after them;
The good is oft interred with their bones;
So let it be with Caesar. The noble Brutus
Hath told you Caesar was ambitious:
If it were so, it was a grievous fault,
And grievously hath Caesar answer'd it.
Here, under leave of Brutus and the rest--
For Brutus is an honourable man;
So are they all, all honourable men--
Come I to speak in Caesar's funeral.
He was my friend, faithful and just to me:
But Brutus says he was ambitious;
And Brutus is an honourable man.
He hath brought many captives home to Rome
Whose ransoms did the general coffers fill:
Did this in Caesar seem ambitious?
When that the poor have cried, Caesar hath wept:
Ambition should be made of sterner stuff:
Yet Brutus says he was ambitious;
And Brutus is an honourable man.
You all did see that on the Lupercal
I thrice presented him a kingly crown,
Which he did thrice refuse: was this ambition?
Yet Brutus says he was ambitious;
And, sure, he is an honourable man.
I speak not to disprove what Brutus spoke,
But here I am to speak what I do know.
You all did love him once, not without cause:
What cause withholds you then, to mourn for him?
O judgment! thou art fled to brutish beasts,
And men have lost their reason. Bear with me;
My heart is in the coffin there with Caesar,
And I must pause till it come back to me.

Methinks there is much reason in his sayings.

If thou consider rightly of the matter,
Caesar has had great wrong.

Has he, masters?
I fear there will a worse come in his place.

Mark'd ye his words? He would not take the crown;
Therefore 'tis certain he was not ambitious.

If it be found so, some will dear abide it.

Poor soul! his eyes are red as fire with weeping.

There's not a nobler man in Rome than Antony.

Now mark him, he begins again to speak.

But yesterday the word of Caesar might
Have stood against the world; now lies he there.
And none so poor to do him reverence.
O masters, if I were disposed to stir
Your hearts and minds to mutiny and rage,
I should do Brutus wrong, and Cassius wrong,
Who, you all know, are honourable men:
I will not do them wrong; I rather choose
To wrong the dead, to wrong myself and you,
Than I will wrong such honourable men.
But here's a parchment with the seal of Caesar;
I found it in his closet, 'tis his will:
Let but the commons hear this testament--
Which, pardon me, I do not mean to read--
And they would go and kiss dead Caesar's wounds
And dip their napkins in his sacred blood,
Yea, beg a hair of him for memory,
And, dying, mention it within their wills,
Bequeathing it as a rich legacy
Unto their issue.

We'll hear the will: read it, Mark Antony.

The will, the will! we will hear Caesar's will.

Have patience, gentle friends, I must not read it;
It is not meet you know how Caesar loved you.
You are not wood, you are not stones, but men;
And, being men, bearing the will of Caesar,
It will inflame you, it will make you mad:
'Tis good you know not that you are his heirs;
For, if you should, O, what would come of it!

Read the will; we'll hear it, Antony;
You shall read us the will, Caesar's will.

Will you be patient? will you stay awhile?
I have o'ershot myself to tell you of it:
I fear I wrong the honourable men
Whose daggers have stabb'd Caesar; I do fear it.

They were traitors: honourable men!

The will! the testament!

They were villains, murderers: the will! read the will.

You will compel me, then, to read the will? 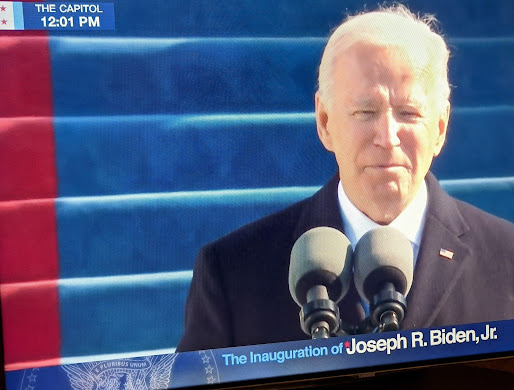