THE LOST CITY OF Z

Image: Lorey Sebastian
The Lost City of Z, written and directed by James Gray (The Immigrant, Two Lovers), will be the Closing Night selection of the 54th New York Film Festival. The film, based on journalist David Grann’s nonfiction book of the same name, will make its World Premiere at the festival’s final gala screening on Saturday, October 15.

James Gray’s emotionally and visually resplendent epic tells the story of Lieutenant Colonel Percy Fawcett (a remarkable Charlie Hunnam), the British military-man-turned-explorer whose search for a lost city deep in the Amazon grows into an increasingly feverish, decades-long magnificent obsession that takes a toll on his reputation, his home life with his wife (Sienna Miller) and children, and his very existence.

Also starring Robert Pattinson and Tom Holland, The Lost City of Z represents a form of epic storytelling that has all but vanished from the landscape of modern cinema, and a rare level of artistry.

Gray and cinematographer Darius Khondji cast quite a spell, exquisitely pitched between rapture and dizzying terror.
Gray’s previous film, 2014’s The Immigrant, was an official selection of the 51st New York Film Festival.

The Lost City of Z is produced by Dede Gardner, Jeremy Kleiner, Anthony Katagas, and Dale Armin Johnson, and is executive produced by Brad Pitt and Marc Butan.

Tickets for the 54th New York Film Festival will go on sale September 11. Becoming a Film Society Member at the Film Buff Level or above provides early ticket access to festival screenings and events ahead of the general public, along with the exclusive member ticket discount. Learn more at
filmlinc.org/membership .
For even more access, VIP passes and subscription packages offer one of the earliest opportunities to purchase tickets and secure seats at some of the festival's biggest events including Opening, Centerpiece, and Closing Nights. VIP passes also provide access to many exciting events, including the invitation-only Opening Night party, “An Evening With…” dinner, Filmmaker Brunch, and VIP Lounge. Benefits vary based on the pass or package type purchased. VIP passes and subscription packages are on sale now. Learn more at
filmlinc.org/NYFF . 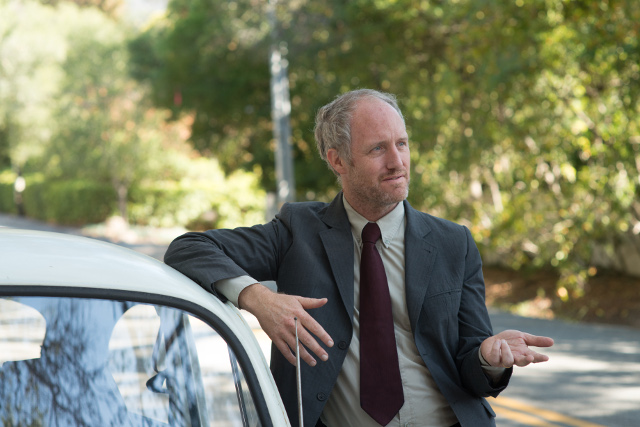