Best Actor in a Leading Role

Best Actor in a Supporting Role

Best Actress in a Leading Role

CARDBOARD
Click on the three dots in the upper right

Best Actress in a Supporting Role 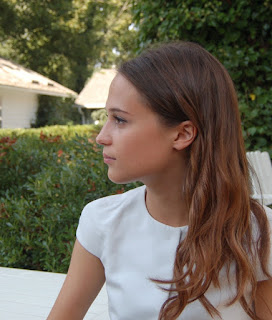 The 100 Year Old Man Who Climbed Out a Window and Disappeared, Love Larson and Eva von Bahr

“Simple Song #3” from Youth
Music and Lyric by David Lang

Samsung continued its strong support of VR at the Barcelona Mobile World Congress. However there were no game-changing announcements.

It is exciting to see VR Live-Casting. However, the quality of the Samsung production was not as sophisticated as NextVR is beginning to achieve. The resolution was OK, not great. The camera placement was too far from the stage. And it appeared to be 2D, not 3D. (There was also a problem, separate from VR, watching the webcast on my computer, with the signal being lost several times. It could be my computer/connection but other webcasts have been OK.)

As discussed in an earlier story in QPORIT about NextVR, one important feature of 360 live-casting is that the camera be placed as if it were at the location where a viewer would most like to be, so that the main subject looks human-sized, as if you a few feet away. Usually that means putting the camera onstage. Or in row A, Center, standing. (Note: For 3D to contribute to the scene -- when it is there at all -- it is also valuable to have a number of items - or people- at slightly different distances to enhance the feeling of depth.)

There were modest improvements in the phones...


In addition, the pre-order bundle includes a free Gear VR!

While mentioning the Project Beyond camera briefly, referring to it as available for "professional" use, Samsung introduced a new consumer VR camera, with two hemispherical lenses, allowing full spherical 360 x 180 degree coverage. Each hemisphere has a 1920 x 1920 pixel resolution. The S7 can be synced to the camera and will automatically stitch the image to a 2940 x 1920 video. It was not entirely clear, but it seemed as if the video can even be streamed live from the phone to a remote Gear VR. The Gear 360 camera should be available later this year.

Next steps for VR to continue to improve include... 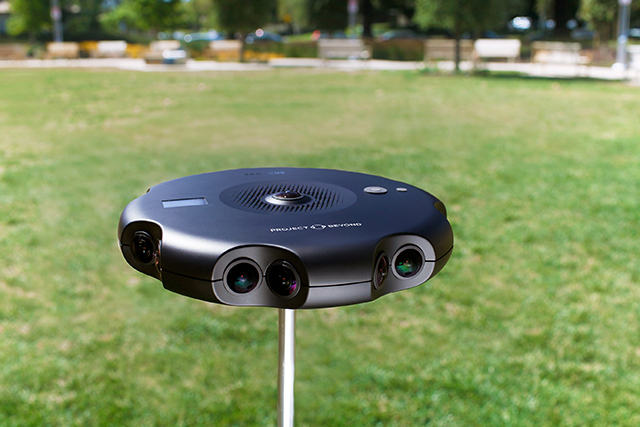