Adam Levine, from THE VOICE, is a singer (Maroon 5) and actor (AMERICAN HORROR STORY and the coming CAN A SONG SAVE YOUR LIFE -- with Keira Knightley, by the director of ONCE).

Adam has an extensive discography and three Grammys.

RECAP: (See below the recap for selected video clips from the show!)

This was a funny and sophisticated, very well written and performed show.  Even the endings of sketches -- often a weak element in SNL comedy -- were clever.

Some commercials and promos are worth noting: Maroon 5 will be back next week, followed by host Justin Beiber with musical guest... Justin Bieber.  The series finale of 30 Rock is coming up.  There was a great promo for THE VOICE.  There was something I didn't understand at all about "Stride On". The GE commercial for GE Works was good. And there was a teaser that looked interesting about Mercedes Benz on Feb 23.  However, there were a lot of commercials.

COLD OPEN: Brilliant notion... the ghost of MLK coming to talk with BHO on inauguration night.  Best lines... "We're still waitiing for our first black magician..." and the epic "It's not every day they let a black ghost open the show...[both together]  LIVE FROM NY IT'S SATURDAY NIGHT!"

MONOLOGUE: Nice surprise with Adam Samberg, Cameron Diaz and Jerry Seinfeld guesting as "coaches"  They were all very funny (note: Seinberg was the only one to have trouble with his lines!)  Levine closed the monologue by going shirtless and displaying some impressive tattoos.

FAKE AD FOR ROSETTA STONE: Making "preparations" for that "special" trip to Thailand.

THE GAY NETWORK -- CIRCLE WORK: Two gay men give gay advice to straight people... mostly that the "straights" are really gay.  When he says he will spell it out, he really spells it out... every letter.  Best ending to a sketch: ... I gotta poop.  I'll be back in 45 minutes.

SOPRANO DIARIES -- THE SOPRANOS IN HS: This parody of the Sex and the City Prequel was right on the money with respect to both the Sopranos and prequels.

NEW HAVEN FIRE DEPARTMENT INCIDENT: When his ex-girlfriend shows up at the fundraiser, it's the ultimate meltdown.  Best line: "Is nine years a decade?"

DIGITAL SHORT: "You Only Live Once" -- This was a very sophisticated and complex video.  One of the best video shorts.

WEEKEND UPDATE: The jokes were good. I liked Apps for Apes. Ariana Huffington was good.  Ray Lewis was terrific!

RUMBLE AT THE CAFE: Well executed but not much of an idea.

CATFISH: A boyfriend hoax. Not much of an idea.

ADAM AND JANET - OUR STORY: Band member goes back with (gross looking) fan. Not much of a sketch.  It started well as if were a Law & Order parody, but that never re-appeared. (Note:) SNL is promoting it as a "featured recommendation".

BIDEN BASH: Biden headlining at a Country Fair show.  It was a great Biden, but not a great sketch.  It does suggest that producers of SNL may want to juice up the campaign fodders of Biden and Hillary to insure material for SNL in 2015 and 2016.

All in all, through Weekend Update it was a great show.  The last few sketches needed more work.  Levine was very good in all his sketches.  Working live as himself on THE VOICE was great preparation for SNL.  Actors with only stage and screen credits often have more trouble adapting to the SNL experience.

GET ROSETTA STONE THAI TO PREPARE FOR "THAT" TRIP TO THAILAND

DIGITAL SHORT: YOLO - YOU ONLY LIVE ONCE

For more clips from this and other SNL shows:
http://www.nbc.com/saturday-night-live/video/

And for full episodes of SNL shows:
http://nocache-secure.nbc.com/saturday-night-live/video/categories/season-38/681148/?view=thumbnail

Jennifer Lawrence comes off a Golden Globes win for Silver Linings Playbook, after winning for Hunger Games at the People's Choice Awards to host SNL.

The Lumineers, a folk-rock band, are the musical guests.  I've noticed that SNL's picks for musical guests are the hottest acts around.


THE LUMINEERS ON AMAZON 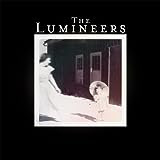 It was a mixed bag.  There were a lot of good jokes and good ideas for sketches.  There was too much insult humor.  Jennifer worked hard, appearing in lots of sketches, but many seemed to have a great concept and terrific promise that was not fully realized, either because of the writing, the performances, or both.


COLD OPEN -- Piers Morgan with Lance Armstrong, Te'o and Jodie Foster.  Each segment was hilarious.  This was the highlight of the evening.  (If only this had set the tone and quality level for the whole show!)

"Jodie Foster" even managed to deliver (with laughs!) the joke she tried to make on GG night: (build up to a big "gay" reveal, then say something else.)


MONOLOGUE -- Jennifer was game enough to play with her I beat Meryl line at the GG by dissing all her Oscar rivals, but she didn't completely sell all the jokes and it was at best a modest success.  It was a pretty gutsy monologue considering that Oscar voting is still in progress.


VERISMO COMMERCIAL -- A funny and pointed commercial of a coffee machine that talks with other machines while getting the drink wrong and dissing the drinker. (Barista's take note: you can be replaced by a machine with all your worst foibles.)


REAL COMMERCIALS -- There were two (real) commercials for Silver Linings Playbook within a few minutes.  I thought this was a bit much.  But then they doubled down and many of the other commercials were also run multiple times.


GIRL FRIENDS TALK SHOW -- This idea was no better this time than it was the last time they did it. It's unpleasant insult/humiliation humor with no humor.  It's not funny and it's not fun.


HUNGER GAMES POST GAME PRESS CONFERENCE -- This was a great idea for a sketch but the writing and performances were kind of flat with only a few good moments.  The best moment was perhaps a very tall Jennifer standing up.


SPLITTING HOBBITS -- How the Hobbits story will be split into 18 films.


INSULT CAFE -- A restaurant where the customers go to be humorously insulted.  But then Jennifer is a waitress who is sincerely insulting. There seems to be (I've noticed it in some other shows this year, too) a sense in the writers' room that insult humor, badly done, is funny.  It's not. It's just unpleasant.


THE LUMINEERS -- I liked their sound; their words... not so much.


WEEKEND UPDATE -- The jokes were funny.   SECOND HAND NEWS is a collection of garbled news items.  Some of these lines worked, some didn't.


DOG CHANNEL -- TOP DOG CHEF -- Here was another potentially good idea for a sketch that didn't quite deliver what it seemed to promise.


B108FM -- Another staple of the SNL repertoire -- a bad broadcast show.


Jennifer was a game and hardworking host in a show that did not deliver as well as it might have.  It's live (of course) and it's created in a week or so.  This particular show could have possibly used another week of polishing the sketches.  But all in all it was fun.


Tonight there will be a ridiculously large number of "must-watch" shows on television.

(Note: "My poor DVR" is both figurative and literal: I feel sorry for the damn thing; and it's really not very good.)

The Golden Globes are on NBC. CBS has new episodes of Good Wife and The Mentalist. ABC has new episodes of Revenge and other shows. HBO has the season premiere of Girls, plus a new episode of Enlightened. And Showtime has premieres of Shameless, House of Lies and Californication.

At 11:00, MAX will be showing the Pilot episode of BANSHEE

Nominees:
Amour
The Intouchables
A Royal Affair
Rust and Bone