WARNING -- SOME VIDEOS MAY AUTOSTART.


SNL really up tonight. Jesse Eisenberg doing great. Most of the writing better than normal.

Can't tell which is which... the real Zuckerberg or the real Jesse. Both on SNL. Twins.

What restraint! Jesse & Mark together & a "Social Network Revolution" in Cairo and not one social network joke on SNL. (Well, maybe one, when Mubarek appeared on the "news.")

The early Science Show sketch was terrific up until the end, when it needed a real ending and just sort of wimped out.

The opening hit some of the necessary jokes but left out the opportunity to tell some bad-history jokes. A "JayWalking" segment would have been an appropriate way to highlight our Congresswoman's level of historical uncomprehension.

Mubarek was one of the best visitors to the news desk, ever.

Jesse Eisenberg was very good (and in lots of sketches), and Nicki Minaj was the rare musical guest who aced a role in a sketch, as the booty favored Wife of Blackenstein.

The big surprise was episode 2 of Episodes, which was much sharper and funnier than the pilot first episode.


WE PUBLISHED A SPECIAL ROUND-UP OF NEWS FROM TWITTER ON THE GOLDEN GLOBES:

Ricky Gervais was funny, but very nasty -- almost evil in some remarks. Nasty can be funny, but that doesn't make it less nasty.

DeNiro was very funny. (Too bad some of what he said was not just bleeped off the air, but totally silenced.)

Robert Downey Jr. almost had a good routine about sleeping (or not) with the female actress nominees. But Natalie Portman totally nailed the story about who wanted to sleep with whom. (And he did, and she's expecting.)

Michael Douglas wished there were an easier way to get a standing ovation.

I'm glad Aaron Sorkin & Social Network won. They were terrific. Jesse Eisenberg should have won also. That was an amazing acting job.

Black Swan, Barney's Version, and The King's Speech, GG winners all, were all shown -- in fact, featured -- last year at the Hamptons International Film Festival. (http://qporit.blogspot.com/2010/09/first-preview-2010-hamptons.html)


Here's the current list of Health Department ratings for restaurants in NYC...
http://a816-restaurantinspection.nyc.gov/RestaurantInspection/SearchBrowse.do


The Golden Globes are the first of the big award shows on TV. It looks like one of the most fun to attend.

The Golden Globes are the awards of the Hollywood Foreign Press. So they are a little different from the Academy Awards, but usually they give a good indication of the leading contenders (and provide a powerful suggestion) to the Academy voters.

We created a twitter consolidation page for the Golden Globes with paper.li:

(Each year the Golden Globes selects the child of a distinguished actor to be the official "Miss Golden Globes".)

We're trying out PAPER.LI'S Twitter consolidation page. It accumulates all the tweets you select that link to full articles, and formats them in a newspaper-style page.

I first discovered this site in The Ensemble Studio Theater's tweets. Thy've put together a very interesting daily collection of theater news:

The Beyond Broadway Daily
http://paper.li/ensemblestudiot/Beyond-Broadway

Some notes about paper.li : 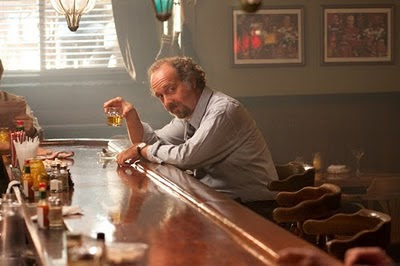 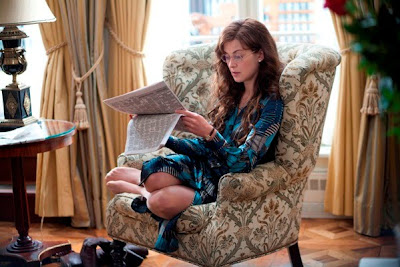 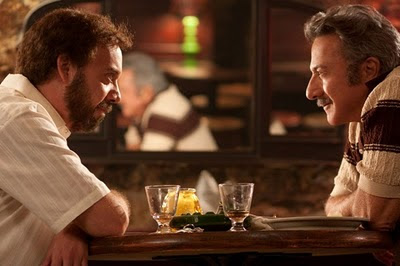 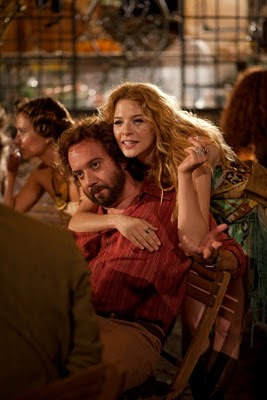 
The Cape is an exciting TV superhero/avenger/crimefighter/corruption-buster show, stylish, and deriving, of course, from a comic book, (which has a vanity/tribute role in the show).

The show has some weaknesses. It seems to have a lot of the too-familiar superman/batman/etc gotham-city-type crime milieu; the plotting stoops from time to time to events that are cringingly implausible, even for a comic book turned TV show; and, while the men are interesting actors and characters, the women are kind of lame.

In terms of level, it is more intense than a comic show like Chuck, but not really a serious, gritty drama. It had, I think, one joke.

I'll watch it again, but it will take some momentum to really get off the ground, I'm afraid.

I was thinking about this show, and I realized that it has -- within its own basic premise -- the means to be really exciting, different, and successful. "The cape" itself, that physical cape, is important because it is at the center of the magic that the hero is supposed to be a master of.

Yet little was done with magic. Oh, he goes POOF from time to time and disappears in a cloud of smoke, and he uses the cape like a tricky whip, but that doesn't come close to exploiting the possibilities of magic and illusion in telling truly original stories. The Hero should have some truly inventive skills, to foil some inventive villians, described by the show with brilliant style!

THE CAPE should get itself some master illusionists to invent real (or illusionary, through the magic of television) magic illusions that enable the hero to escape the ordinary crime drama in which he is now mired.


Rapidly rising actress Robin Singer, makes a hilarious appearance as an SNL host on the lam in a new webiseries, 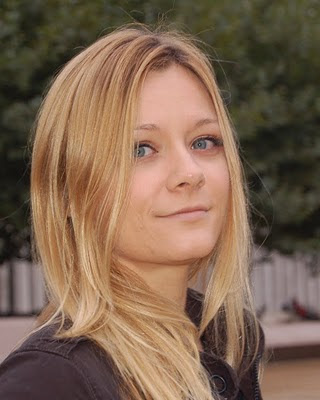 Robin Singer
Photo by Eric Roffman
Robin has a sharp sense of comic presence, and looks terrific too.

The webiseries, Public Relations, has great promise, and marks a trend toward fine acting, fine writing, and fine visuals on the web.

To be a little more specific:

First of all, I enjoyed the whole show -- seven mini-episodes that, put together, mark a complete story, perhaps 23 minutes long. (It tells tales of one personal and one professional crisis in the lives of two young PR Pros, in the course of a long hard Saturday.)

Except for the first, which I found a bit implausible in the way it ended, each mini-episode was sort-of mini-complete with a sort-of mini-cliff-hanger ending. Whether it makes more sense on the web to present the whole episode as seven mini-episodes, rather than one complete story, is a judgement call. My guess is, that it really is easier to watch (and easier to get people to watch) small pieces on the web than one longer story.

Almost all the casting, acting, writing, and directing is excellent. (There was at least one minor character -- not to be named here -- that was less fine than the others -- the rest were each finer than the others!)

The cinematography was excellent, good looking and sharp; though at some resolutions, there was occasional jerkiness when there was a lot of movement in the frame.

It's a great start on which to build. The premise -- PR follies -- is a rich one. This is a web series that I'll be looking forward to and following. 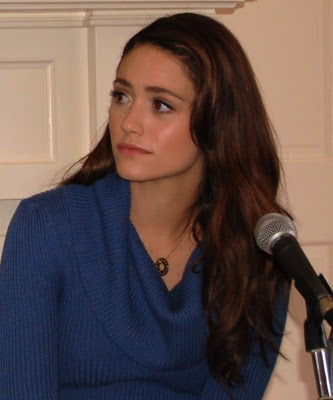 Showtime led off the Winter Season with three premieres.

The Season Premiere of Californication was as wild and wacky as we've come to expect from this continually surprising and entertaining show.

Episodes was not too appealing. Neither the characters, nor the actors, nor the jokes, nor the story, nor the script were particularly compelling. Matt LeBlanc, "Joey" from Friends, who will be on the show as himself, had more face time in the previews than in the story. The most interesting moments of the show came when an old fat British actor played a scene as himself -- and it worked -- then played the same scene in an American accent and it did not work. Comedy is indeed mysterious.

The Series Premiere of Shameless was quite extraordinarily complex, surprising, depraved, and interesting. Acting was excellent -- Emmy Rossum gets better and better each part she plays: she's in Emmy territory here. Top billed William Macy, though, had little to do but snore. He literally slept through most of his appearance. (NOTE: Irrelevant, but I like how the tilt of the "l" in "shameless" shifts from the beginning to the end of the show.)

Two out of three... Pretty good! Sundays are now committed.