FUN FOR THE WINTER HOLIDAYS OF 2009


Here are some things (partly national, partly New York City specific) to do this last week of Holidays in 2009. There are of course lots of obvious things to do (we'll note some of them later), but first some more off-beat suggestions:

Here are some ideas (mostly) off the beaten track that have appealed to me: 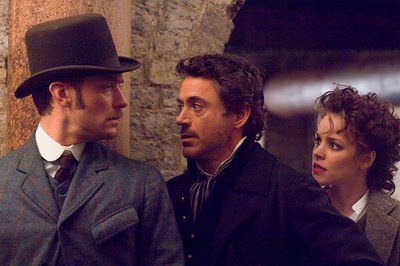 Avatar -- 3D IMAX. The spectacular effects should be seen in the best theater possible. Seek out the 3D IMAX version.

Precious -- Counter programming for the Holidays. This is not a simple feel-good film.

It's Complicated -- A love triangle (or quadrangle) angling around Meryl Streep.

The Imaginarium of Doctor Parnassus -- Difficult to follow logically, this is counter-programming for those who want to let the imagination run free... very free... wild, even.

Broken Embraces -- A great film by Almodovar, with a lovely performance by Penelope Cruz (... if Nine is not enough). A very accessible art film..

The Open Road -- This is a quirky, independent, small, family-and-love story. A good choice for something different.

Up -- One of the most heralded whole-family (?) stories of the year, just out on DVD. (Its sad, frightening, filled with mean people, with failed dreams, and with adventure for the sake of the journey, not the destination. Not really for everyone, despite its reputation. Not a happy kidflick.)

Free For All -- This is one of the best theater books ever. 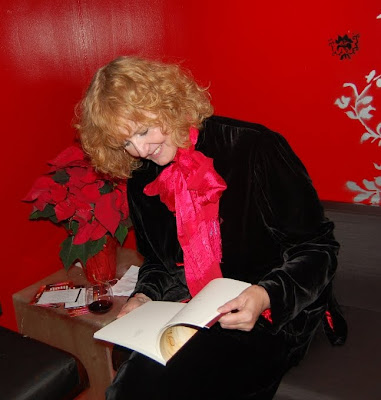 Ragtime -- Taking us back to our roots -- 100 years ago -- makes this a perfect family Holiday theater experience.

Scarlett Johansson & Liev Schrieber in Arthur Miller's A View From The Bridge -- The hottest new opening on Broadway starts previews on the 28th. Liev is one of the most skilled young actors, and Scarlett one of the hottest young actresses today. The promotional videos and interviews -- worth watching themselves! -- suggest this production will emphasize the sexual heat in this classic American play.

Ernest in Love -- A musical version of Oscar Wilde's The Importance Of Being Earnest. Some fine voices, including one of our favorite singing actresses, Katie Fabel.

These three venues have some of the most interesting performances in the city.

Blue Hill -- New American, super-fresh-from-the-farms food. Downtown. Even better, take a trip up to Blue Hill at the Stone Barns Farm.
Le Bernadin -- Superb seafood.
Aquavit -- Try the flights of home-made aquavit (the "water of life").
Maya -- Modern Mexican.
Firebird -- One of the few places where Zagat is wrong -- It's much better than its Zagat rating, especially for caviar and a honey-vanilla vodka.


ACTING (AND OTHER) CLASSES

December is a good time to register for winter classes, which start, usually, early in January. HB Studio is one of the best acting schools for actors of all ages and levels of skill. LAByrinth Theater Company has a powerful program for skilled and dedicated actors. (The Master Class, from November '9, [MCN9] continues to sprout amazing projects.) The 92nd Street Y has many arts oriented classes of all kinds.

Bronx Botanical Gardens Holiday Train Show -- (It's actually not really a "show," but rather a huge exhibit of a breathtaking NY landscape, made out of plants, with an immense model railroad running through it). Open this Holiday season till Jan 10. Here's a video I made a few years ago at the show. And... the Train Show gets better every year!

Duracell Power Lab -- Help charge up the Duracell battery by pedaling the bike. I tried it. I wonder if my picture is up someplace.

And here are some of the more obvious ideas for things to do this week:


The great big, most popular Broadway shows (or any of the other shows on, off, or off-off Broadway) -- Check the New Yorker Magazine, the latest Holiday issue of Time Out or the Friday or Sunday New York Times for listings. TKTS -- Broadway & 47th, South Street Seaport, and Brooklyn -- may have discounts for some of the not-quite-sold out shows.

The finest restaurants (check the Zagat Guide for the most reliable ratings) -- Note: Even some of the hardest restaurants to get into sometimes have cancellations, tables available late in the evening, tables at lunch (cheaper, too), or room at the bar. (Arrive when the restaurant opens for the best shot at a bar seat.)

Museums -- The Metropolitan Museum Of Art, The Natural History Museum, The Museum Of Modern Art are all amazing.

A whole bunch of new movies have just opened or are arriving on Christmas Day, including Avatar (especially 3D & 3D IMAX), Nine, Sherlock Holmes, Invictus, Up In The Air, An Education, Twilight, 2012....

The action will have your heart beating faster; the scientific and religious nonsense, together with the cliches and holes in the plotting can make your brain hurt.

After the death of a Pope, four Cardinals, the leading candidates for the Papacy, are kidnapped and threatened with murder. A secret, scientific, anti-church conspiracy claims responsibility. Dr Robert Langdon, a Harvard expert on these "Illuminati," albeit a presumed enemy of the Church, is called on by the Vatican to help resolve the crisis. Directed by Ron Howard; from the book by Dan Brown.

Tom Hanks as always is fun to watch. He can make the most boring, silly exposition sound like real drama. Ayalet Zurer is an effective, believable, and attractive sidekick.

The routine (also inconsistent and incomplete) plotting puts a deadline for murder every hour of screen world time and every 20 min or so of audience clock time -- and then comes the matter-antimatter bombblast to demolish the Vatican and most of Rome (basic screenwriting 101 technique for "upping the stakes"). Harvard professor Robert Langdon (aka Tom Hanks) must identify the next murder site from clues so sparse they would confound Sherlock Holmes, and then race across a crowded Rome in less time than Jack Bauer would need to get from one street in LA to the next block.

The production team does a fantastastic job of rendering Rome and the Vatican. The DVD extra "Rome Wasn't Built In A Day" is a gem for anyone interested in making movies or knowing how they are created! 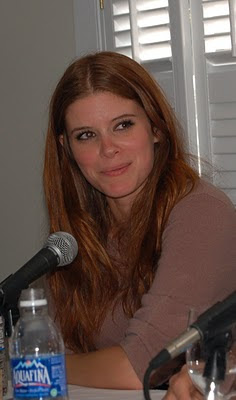 The Open Road [TOR] is (surprise, surpise) a road movie, but also a sweet and bittersweet love story, with a complex father-son relationship at its center. It's a comedy and a drama. You've probably never heard of this film, because it hardly had any theatrical distribution; but it's well worth checking out.

The writer/director is a relative newcomer, Michael Meredith, [MM] who worked before with Wim Wenders (who acted as executive producer).

(Note, by the way, that Jeff Bridges is currently being mentioned as an Oscar contender for his work in another film this year, Crazy Heart.)

The director and female lead both have a strong sports heritage: Kate Mara, a Breakthrough Performer at The Hamptons Film Festival [HIFF] in 2008, comes from a family of football owners (great granddaughter of Art Rooney, founder of the Pittsburgh Steelers and Timothy Mara, founder of the NY Giants). Michael Meredith is the son of football legend Don Meredith (Dallas Cowboys). Appropriately, the main character, Kyle Garrett, played by Bridges, is a sports legend (baseball in this case). But it's not a movie about sports -- familiarity with the milieu of sports stars enriches the ambiance, but is not the subject of the movie. The movie is about a difficult family relationship and a difficult romance.

Justin Timberlake, of course, is well known as a singer, but he is also a fine actor, delivering sensitive performances in numerous films, and he hits just the right notes here.

One mark of a special film is the depth of portrayals of the minor characters. Here, Lyle Lovett, Harry Dean Stanton, Mary Steenburgen, Ted Danson, and others all make important contributions in supporting roles.

In spinning this tale, though Bridges plays his character with full-out style, MM maintains a level of reality, both in the complications and the resolutions, that makes it much more grounded -- and therefore much more interesting -- than most family stories or romantic films.

Anyone searching for a love story different from the standard Hollywood formula romance should check out this film.

Meredith (I've had some brief opportunities to chat with him) is an earnest and nice guy. This is his second film; earlier, he made Three Days Of Rain [TDOR], which just happened to be on TV last night. (See it next on Showtime: Tue Dec 22 8:45 AM).

In Cleveland, during a Jazz festival and rainstorm, the bluesy score and lousy weather set the tone for a morose and downbeat, interesting and atmospheric film. In TDOR, as in The Open Road, MM investigates father-son relationships. One father, played by Peter Falk is, like Bridges in TOR, an idiosyncratic and difficult dad. (Michael's own dad, Don Meredith, is in the film and does a fine turn as a father who's recently lost a son.)

Michael Meredith is a writer/director to watch as he navigates his next film projects. He has an interesting sensibility, a talent for pulling in great actors who deliver stylish performances, a sense of sadness as well as a sense of humor, and an original way of telling stories.