Julie Delpy's LOLO, screened at the RENDEZ-VOUS WITH FRENCH FILMS, at the Film Society of Lincoln Center, is a delightful, humorous, romantic(*), romantic comedy.

(* Note: not every "romantic comedy" is particularly romantic these days. This  one is.) 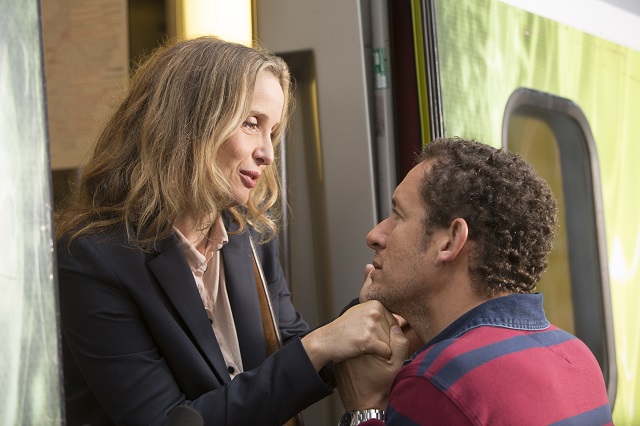 Violette is looking for love and romance and more. Her son is Lolo. (Without giving anything away, note that Lolo is the title character.) 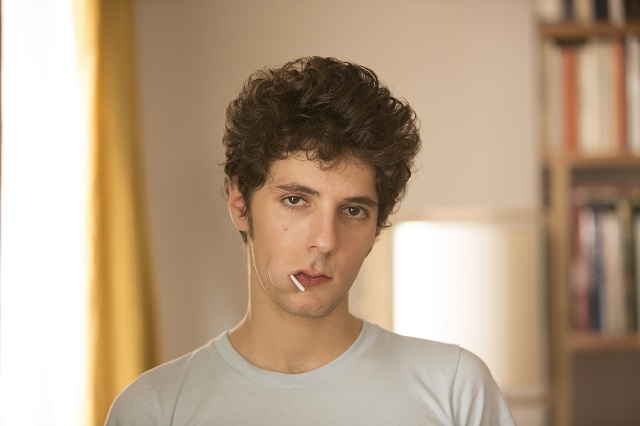 Julie wrote and directed the film, and plays Violette. Lolo is played by a terrific young actor, Vincent Lacoste. Violette's somewhat naive, geeky lover is played by Dany Blom, a noted French actor, director and producer. Violette's best friend is played by Karin Viard (who also appears in 21 Nights With Pattie at this year's RENDEZ-VOUS).

The story is mischievious(**) , and we discover at the end that it is making a more profound statement than we had realized. 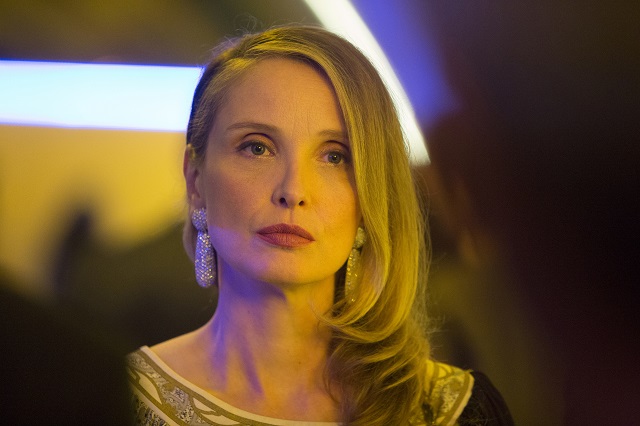 
I talked with Julie about LOLO, about her film studies, about music in film, her work with Godard as a young actress, and many other topics.


CONVERSATION WITH JULIE DELPY
ON VIDEO

PLUS 3D AND 360 VIRTUAL REALITY
FOR CARDBOARD AND GEAR VR

Here, first, is a 360 video showing the start of the conversation.

(On a COMPUTER, grab the video and move it to look around at the scene; on a SMARTPHONE or CARDBOARD or GEAR VR, turn your head to look around; if you don't see everything at first, watch it again!)

360 VIDEO - STARTING THE CONVERSATION
LOOK AROUND!

On a computer screen grab the screen with your mouse and drag to rotate the view.

CARDBOARD
Click on the three dots in the upper right with your smartphone.
Select the cardboard icon.
Turn your head to view the whole scene.
Replay the video to continue to look around.

USING GEAR VR
Click on the square in the lower right, then on 360 in the lower left.
Note: This is low-res, so it will be grainy in Gear VR.
Turn your head to view the whole scene.
Replay the video to continue to look around.


Below is an edited video of our conversation,
to watch in (either) standard 2D or in 3D.

On a computer screen this will default to "analglyph" - use red/cyan glasses -
but it is intended to be watched in Google CARDBOARD or GEAR VR:

CARDBOARD
Click on the three dots in the upper right.

FOR A FULL RECAP OF THE 2016 RENDEZ-VOUS WITH FRENCH FILMS:
http://qporit.blogspot.com/2016/03/preview-21st-rendez-vous-with-french.html


JULIE DELPY ON AMAZON - ALL!