The 2014 NYFF Talks will feature Paul Thomas Anderson in conversation for On Cinema, and the HBO Directors Dialogues participants will be Mathieu Amalric, Pedro Costa, Mike Leigh, and Bennett Miller.

All five events are sponsored by HBO. Tickets for On Cinema go on sale at noon Sunday, September 7, and are $12 for students, $15 for Members and $20 for General Public. The HBO Directors Dialogues are free to the public and will be distributed one hour prior to the event.

The films of Paul Thomas Anderson will come back to you with a visceral force—the ill-fated visit to the drug dealer’s house in Boogie Nights… the ocean of oil cascading from the derrick in There Will Be Blood… the troubled emotional momentum of The Master… these are some of the great visionary passages in modern movies. Anderson will discuss select clips from the films that have inspired and excited him.


The popular HBO Directors Dialogues return to the New York Film Festival with four filmmakers, paired with a member of the NYFF Selection Committee as they discuss their careers, views on their own approach to making movies as well as the current state of the art of filmmaking.

This year’s lineup will feature:

Mathieu Amalric entered the world of cinema with the intention of becoming a director, but his friend and close collaborator Arnaud Desplechin launched him on an alternative path when he cast him in the lead of his 1996 film My Sex Life. In the years that followed, Amalric honed his craft in dozens of films with directors as varied as Olivier Assayas, Julian Schnabel, and Steven Spielberg, and he has become one of the finest actors in modern cinema. At the same time, he has maintained an equally impressive parallel career as a filmmaker, culminating in his stunning adaptation of Georges Simenon’s The Blue Room (in which he stars with his wife Stéphanie Cléau, who co-wrote the screenplay). 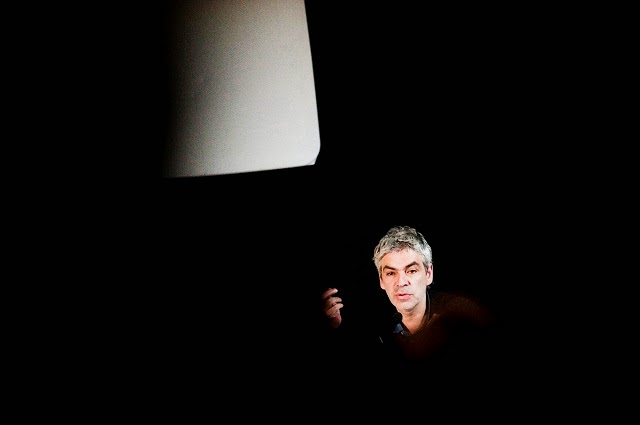 In Pedro Costa’s cinema, one can see the past, present, and possible future of movies. Drawing from the traditions of John Ford and Jean-Marie Straub and Danièle Huillet, Costa has created films that are at once hypnotic; pictorially and texturally stunning; attuned to the lives, dreams, and tragedies of Ventura and the Cape Verdean immigrants who are his stars; politically and historically grounded; and made in a state of absolute independence. Costa will discuss his towering new film Horse Money and the path that took him there.

A master filmmaker, Mike Leigh is just as well known for his working methods as he is for his finished products: throughout lengthy periods of exploration and improvisation, Leigh and his collaborators build their characters and narratives from the inside out, creating films that seem to have been woven from the very fibers of lived experience. The better part of Leigh’s work has dealt with contemporary life, but on a few occasions he has looked to the past—postwar England in Vera Drake; Victorian London in Topsy-Turvy, his marvelous film about Gilbert and Sullivan; and now, with his remarkable and long-gestating Mr. Turner, the early-19th-century world of Britain’s greatest painter (played by the inimitable Timothy Spall).

With one documentary (The Cruise) and three fiction films (Capote, Moneyball, and the new Foxcatcher), Bennett Miller has carved out a unique space in contemporary cinema, and touched on troubled and mysterious pockets of existence that no one else has even glanced at. In his powerful new work, he examines the “super-terrestrial twilight” world (to quote Edith Wharton) of the billionaire du Pont family’s Foxcatcher Farm, and has produced a powerfully physical tragedy that unfolds incrementally, one gesture at a time. Miller will be discussing his working relationships, his singular approach to filmmaking, and his attraction to American enigmas.


Tickets for the upcoming New York Film Festival range in price from $15 & $25 for most screenings to $50 & $100 for Gala evenings. Film Society members receive a discount on tickets as well as the benefit of a pre-sale opportunity.

For NYFF Free events: Starting one hour before the scheduled time of the event, complimentary tickets will be distributed from the box office corresponding to the event's venue. Limit one ticket per person, on a space-available basis.

Please note that the line for tickets may form in advance of the time of distribution.

Visit filmlinc.com for more information. The updated NYFF App is available for download on iOS and Android.