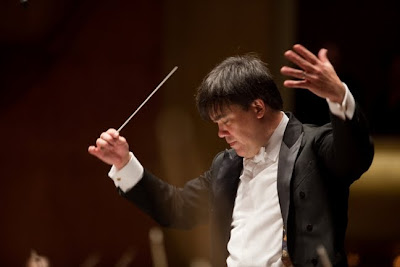 Each year, the THURNAUER SCHOOL OF MUSIC at the Kaplen JCC on the Palisades holds an event to benefit the scholarship fund, promote music and music education, and provide an exceptional educational and musical experience for its students and guests.

Called THE GIFT OF MUSIC, this event includes a concert by one (or more) of the world's most brilliant musicians, and a workshop in which the musicians interact directly with the student.

This year, on Wednesday, February 9, the GIFT OF MUSIC will feature Alan Gilbert, the music director of the New York Philharmonic, and ten musicians in the orchestra, including Glenn Dicterow, Concertmaster, and Sheryl Staples, Principal Associate Concertmaster.

They will perform a selection of chamber music, and then Alan Gilbert will conduct the Thurnauer School Of Music student orchestra in a performance that includes the "Theme From Schindler's List," with Glenn Dicterow as soloist.

It is extremely generous of Alan Gilbert and the musicians in the Philharmonic to take time out from what is an incredibly busy schedule to support music and music education with the students of the school.

Music and music education is extremely important. The support from such distinguished musicians and cultural icons is especially welcome when times are tough and resources are scarce.

It is critical that the community respond to this generous gift by Alan Gilbert, and the other incredible musicians by supporting music and musical education and becoming active participants in the musical community! 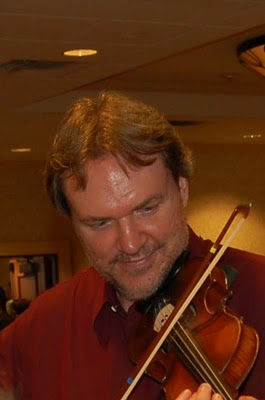 Guided from the beginning by Founding Director Dorothy Roffman, The Thurnauer School of Music is celebrating its 27th season. It is a "community school" -- which means that everyone is welcome, anyone can attend. Located at the Kaplen JCC On the Palisades in Tenafly, NJ, membership at the JCC is not required to study at the school; there is no age requirement; no audition to pass. Each new student, whether a 3 year old starting violin, a ten year old learning the guitar, a twelve year old flutist with some prior training, or a retiree starting to practice piano again, gets an audition that places them with the right teacher, but no-one is turned away.

The school maintains the highest level of instruction. Teachers come with the best music training in the world; and they must be good teachers. The standard is that every student must have a good experience, as well as the best training. The Thurnauer School of Music is one of the best places in the world to start an instrument.

The school provides instruction in many instruments, plus choral, chamber music and orchestral experiences.

In addition to the annual Gift Of Music Concerts, there are several Master Classes given during each year. Auditions to participate in these events are open to students in all of New Jersey. Many great musicians, including Itzhak Perlman, and several members of the New York Philharmonic, including some playing in Wednesday's Gift Of Music Concert, have taught these Master Classes.

Students at the Thurnauer School have many performing opportunities at the school, and outside, including Lincoln Center, Carnegie Hall, and other venues all over the region. One student played on the Sesame Street float at last year's Thanksgiving Day Parade. Former students now play all over the world in orchestras, chamber music groups, and solo concerts. Some teach music. Some have gone on to other careers with a legacy of knowing and loving music. Some have sent their own children to the school.

The Founding Director, Dorothy Roffman (who was joined by Susan Tall for one year) has led the school since its very beginning, brought in by Sandra O. Gold who nurtured the school at the JCC some twenty seven years ago. (Dorothy was teaching violin to Sandra's daughter Amelia at the Manhattan School of Music at the time. Later, Amelia was a teacher at the Thurnauer School. Currently, Dorothy is teaching Amelia's daughter.)

Shortly after the school was founded, Maria and Bill Thurnauer provided personal and financial support for the school, that gave it strength to grow. A few years later, Joan and Alan Handler initiated and began supporting the Master Class program and then the Gift Of Music Benefit Concert. The Richard H Holtzer Memorial Foundation helped establish chamber music concerts by the Thurnauer Chamber Music Society. Additional major contributions have supported the partnership programs, scholarships, and other activities.

(Musicians and repertoire may be subject to change.) 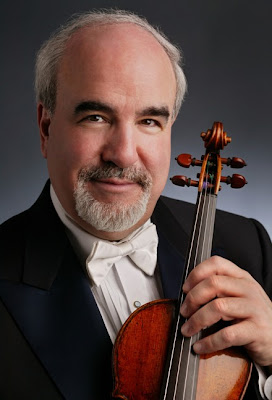 PROGRAM (Performances by Thurnauer School Of Music instrumental and choral groups, the Thurnauer Symphony Orchestra, and Musicians in the New York Philharmonic)

TICKETS FOR THE CONCERT


VERY IMPORTANT: THIS IS A BENEFIT CONCERT!

This is a benefit concert. Event sponsorships are very important!
Sponsorships may include patron seating, a meet-the-artist reception and additional benefits. Sponsor inquiries should be made through the Thurnauer School, at 201-408-1462 or thurnauer@jccotp.org.

The school reaches out into the community through public performances and its 12- year Music Discovery Partnership with the Englewood Public Schools, a program in jeopardy due to budget cuts.


Some more facts about the Thurnauer School of Music

The Thurnauer School of Music (www.jccotp.org/thurnauer), established in 1984, has been designated as a “Major Arts Institution” by the New Jersey State Council on the Arts/Department of State. It serves more than 700 students in the New York/New Jersey metropolitan area. It also serves as an area cultural resource by presenting more than 30 concerts annually, as well as master classes with world-renowned artists. The School is a member of the National Guild for Community Arts Education and an integral part of the Kaplen JCC on the Palisades. JCC membership is not a requirement for enrollment or financial aid at the Thurnauer School. The School is supported, in part, by the New Jersey State Council on the Arts/Department of State; the Geraldine R. Dodge Foundation; the Richard H. Holzer Memorial Foundation; the Community Chest serving Englewood, Tenafly and Englewood Cliffs; the Sacramento Region Community Foundation; the Lillian Pitkin Schenck Fund; and numerous individual donors. For further information, contact the music school at thurnauer@jccotp.org or 201-408-1465. 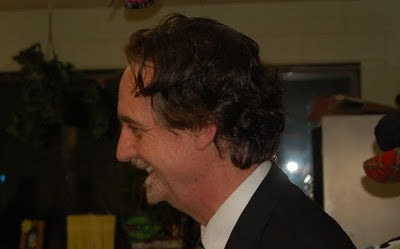 PAST PERFORMERS AT THE GIFT OF MUSIC CONCERT

AN ARTICLE ABOUT THE SCHOOL AND THE CONCERT
http://www.jstandard.com/index.php/content/item/16892