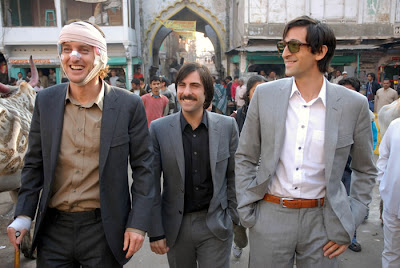 The Opening Night film will be The Darjeeling Limited, directed by Wes Anderson, set in India, and starring Owen Wilson, Adrien Brody and Jason Schwartzman. 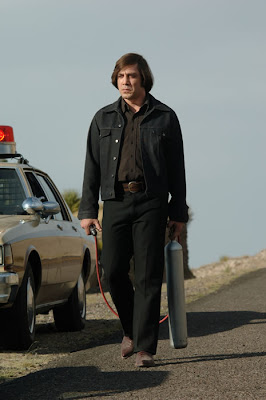 Closing Night will feature the animated Persepolis, a coming of age story based on Marjane Satrapi's graphic novel about her childhood in Iran during the Islamic Revolution, with voices including Catherine Deneuve and Danielle Darrieux.

The festival will also include screenings of a new film by Sidney Lumet (his first appearance at the festival since Fail-Safe 43 years ago), Before the Devil Knows You're Dead, with Philip Seymour Hoffman, Ethan Hawke, Albert Finney and Marisa Tomei; a new "definitive" director's cut of Blade Runner, celebrating its 25th anniversary; and 4 Months, Three Weeks and Two Days, the winner of this year's Palme D'Or at Cannes by Romanian director Cristian Mungiu.

This year is unusually rich in American films. In addition to the films already mentioned, Brian De Palma will be making his NYFF debut with Redacted, about the Iraq war. Noah Baumbach will show Margot At The Wedding, a follow-up to The Squid and The Whale with Nicole Kidman as Jennifer Jason Leigh's sister, and Jack Black as Jennifer's "underwhelming" fiance. Gus Van Sant is presenting Paranoid Park, a Cannes special prize winner. Todd Haynes is showing a film about Bob Dylan; and Ira Sach's melodrama, Married Life, with Pierce Brosnan, marks his first NYFF appearance, as does John Landis' documentary, Mr Warmth, The Don Rickles Project. And more: documentaries, avant-garde, and retrospective American films.

There will also be special sidebar events, including a gallery of informal, autographed photos of stars and celebrities, screening of three music documentaries, a set of films by Brazilian Cinema Nova director Joaquim Pedro De Andrade, Views from the Avant-Garde and films from Cathay Studios. There will also be a gala black-tie evening celebrating the films of New Line Cinema, (with ticket prices starting at $2,500) to benefit the In Motion Capital building campaign for the new Elinor Bunin Munroe Film Center.

Tickets will be available to the public beninnging next Sunday. (Note: Because Alice Tully Hall is undergoing renovation, the festival this year will be centered at the Rose Jazz Center.)

NYFF 2006 was not only a terrific event, it was also the kickoff for many of the year's most important films (see this earlier post), including The Queen, Pan's Labyrinth, and Volver. This year's festival promises to be at least equally important, exciting, and just plain fun.